Michelin Star Chef Garima Arora: ‘Challenges faced in the kitchen as a female chef? None’ 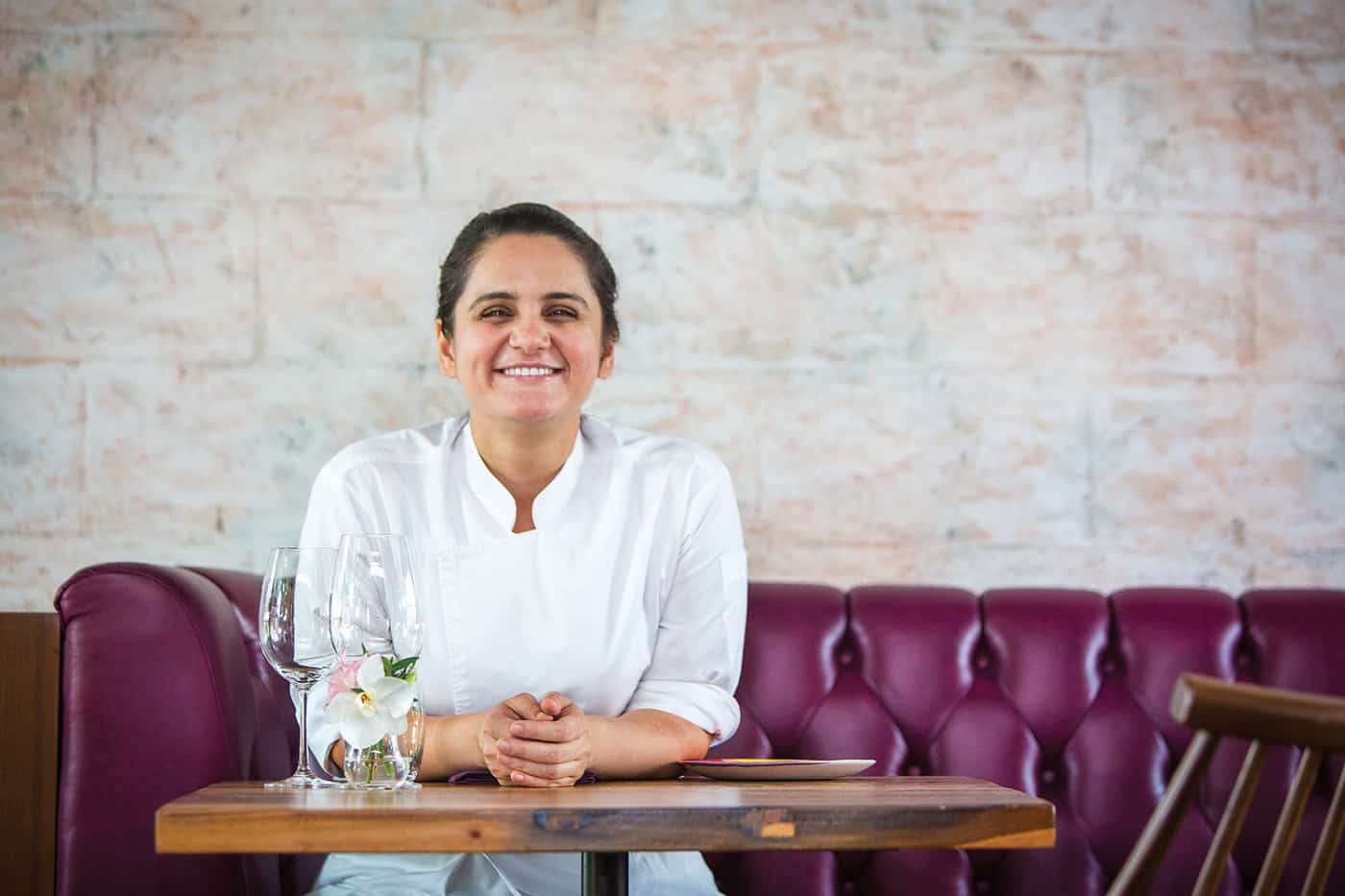 I recall Garima Arora fondly, from my last experience dining at Gaa. A confident voice rising above the prattle in the dining room, her fingers gliding elegantly over silverware as she portioned a slice of unripe jackfruit on to my plate. For want of a better word, call it magnetism. The allure of her individuality welding the kind of power that snares people and reels them in. To celebrate International Women’s Day, we speak to Chef Garima of one-Michelin Star Gaa in Bangkok who recently added elit Vodka Asia’s Best Female Chef 2019 to her growing accolades. Read how she chooses to reject gender-biased attitudes by believing in hard work and inner fulfilment to get to the top.

High Net Worth: Prior to your career as a chef, you worked briefly as a journalist. Did you specialise in certain issues? What was the turning point in your life that made you decide to make a career switch and become a chef?

Garima Arora: I had graduated as a journalist back in India and honestly, I wasn’t particularly passionate in the subject at all. I wouldn’t say there was a major turning point that steered my career choice, but I do recall some advice bestowed upon me saying that ‘it’s better to pursue your interest while you’re still young. It’s often easier when you’re younger.’ I’m extremely thankful to have very supportive parents as well. My father once told me that he would not pay for my wedding, but he would happily pay his dues if it was an education request. When I approached him with the decision to take up culinary studies, he agreed to it wholeheartedly. It was pretty much smooth sailing from there; I packed my bags and moved to Paris straight away.

Growing up in India in the 1990s, this posed quite a challenge for opportunities to be exposed to the food realm, in fact, I was a vegetarian by choice before I left for Paris. It was a socialist economy and very much a closed society that frowned upon the extravagance of luxury ingredients. In fact, I didn’t have my first oyster till I set foot in Paris! It was difficult embracing the big change but very much pivotal in shaping my cooking career.

What are your fondest memories of working with Chef René Redzepi?

I recall being an intern in the Noma kitchen, it was the dead of winter and it was -10 degrees out. I was tasked to light the grill, however, it wouldn’t light as it was cold, moist and miserable outside. So there I was cursing at the grill when Rene walks by. He must have thought that it was very strange for an Indian girl to be swearing profanities at the charcoal, and felt the need to offer help. I was suitably embarrassed.

What are some of the challenges you face as a female chef? And what would you say to the younger generation of hopeful female chefs?

I’ve never been a man before, so I wouldn’t know how to answer this. Sometimes I think it is better not to overthink these things: Is it because I’m brown? Is it because I’m a girl? I know how it is and I know how to get the job done. If I have one advice to give to young female chefs of the next generation, it will be to work hard. Often, people tend to blame their failures on anything and everything. However, it always boils down to themselves. The only way to overcome failures is through hard work. Believe in yourself. Never apologise for the choices you make. Stick by them and do so with dignity.

Would you say that Gaa is a true representation of you, culinary wise? How did the collaborative terms unfold with Chef Gaggan Anand in a way where you were given the liberty to develop your thoughts and culinary inspirations in Gaa?

Yes. I’ve been very fortunate throughout my cooking career to have met many chefs who have told me to express myself. It’s a bit perplexing at first, given that I grew up in a regimented society, but I’ve slowly come to accept that it is okay to be the way you are. The collaboration between my investors and I was a long time in the making. We weren’t always on the same wavelength. Everyone is entitled to their own ideas and maybe because I’m Indian, so people develop preconceived notions about the way I should be cooking. I’m glad I stuck to what I believe in and worked through the kinks to be where I am today.

If you could return back in time to 2009, what advice would you have given yourself?

It would be to work harder. I wish I did that when I was younger.

What can we look forward to in the near future? Any major projects in the pipeline?

It would definitely be to show more love care and attention to the team I’m building at Gaa. My focus is to strengthen the team and give them the experiences that I’ve been through so that they can make decisions for me in my absence.

If you could cook for anyone dead or alive, who would it be and why?

René Redzepi, for sure. He hasn’t visited Asia in a long time and I do wish that he will visit soon. In fact, I’m thinking of installing an ‘In Case of René, Break Glass’ box in the restaurant somewhere.

Culture
Award-Winning Lyricist Xiaohan on Combating Depression and Her Songwriting Process
Spotlight
Influential Brands 2017 CEO Asia Conference: The Human Element in the Digital Age
Style
What to Wear on a Date: Outfit Ideas from Vanessa Ho
Travel
World’s Best Beaches in 2021, According to Tripadvisor
Style
On Fashion Influence and Entrepreneurship: Getting To Know Savina Chai