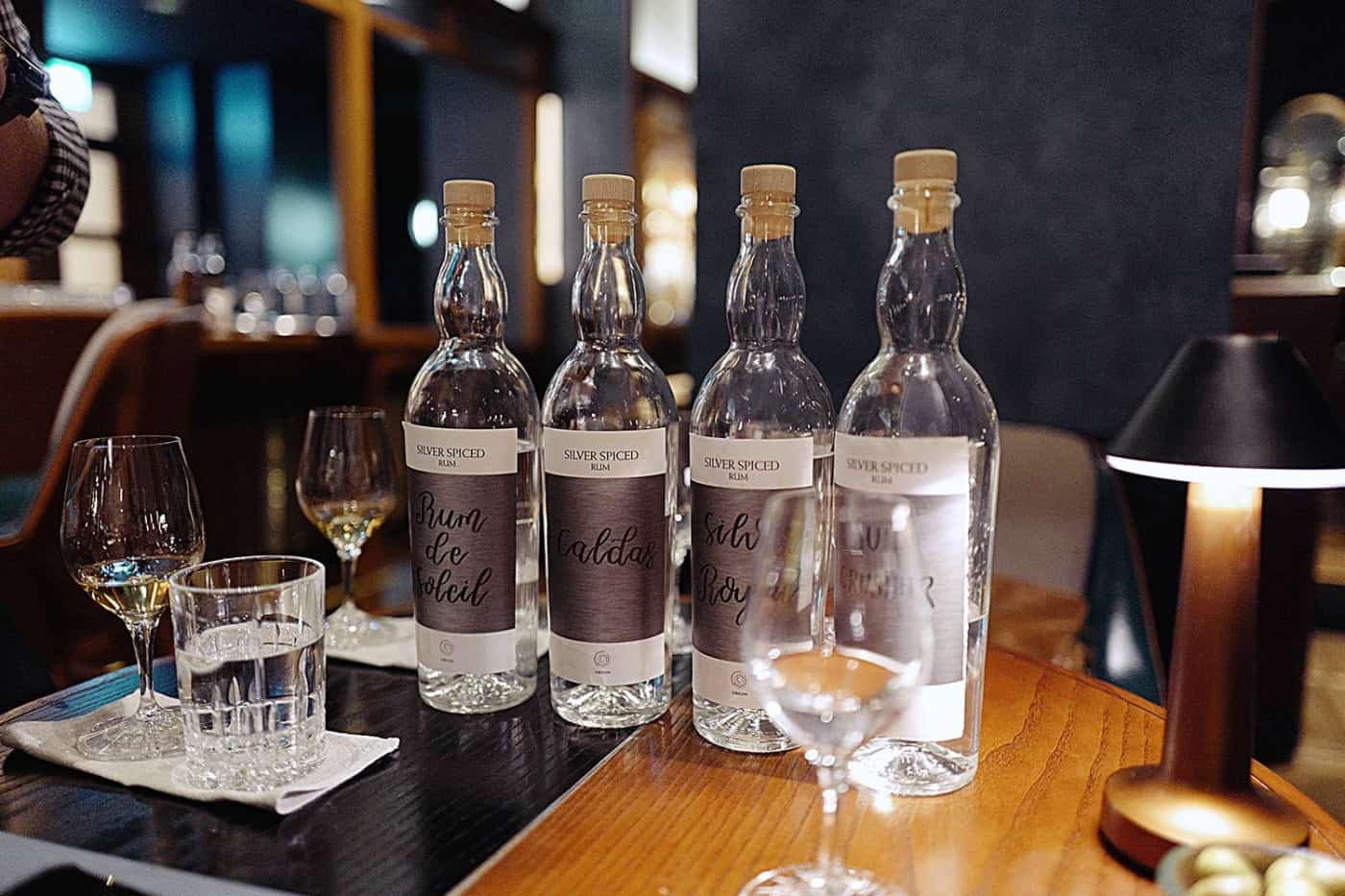 Before Head Bartender Adam Bursik was traversing the glitzy floors of Shangri La’s Origin Bar, he had formerly met and loved Rum so much that he helped to create the concept of the bar, The Rum Club in Slovakia back in 2011. Recently, this rekindled love affair has resurfaced in the form of a brand new menu; 352 rums on the shelves and a devotion to the task of encouraging others to take a leap of faith and put aside their whisky fetishes in favour of the misunderstood party spirit.

Balestier joins as the 6th addition to the district-based menu that Origin Bar touts. Each section dedicated to carrying out the legacy and historical importance of the specific areas in the road to independence—Orchard Road, Chinatown, Little India, Boat Quay and Marina Bay. The latest augmentation, Balestier, the largest yet, is an anecdote to the precinct’s initial positioning as a sugarcane plantation. For those of you unenlightened to rum’s precursor, the pirate’s favourite spirit originates from a syrupy byproduct of sugar production from sugar cane—molasses. To cut to the chase, the Balestier menu is an ode to all things rum. And from the looks of it, whisky and its implied reflections of social status can move along, because premium rum wants its moment in the spotlight.

The menu opens up to three rum-based cocktails. We would advise you to order one before perusing the menu, even for a seasoned drinker. The affair of navigating a class system of rum through the long-drawn-out menu can be intimidating, and nerve-racking in some instances. The classic daiquiri is given a twist here with a coconut interlude, its famed sweet, frozen disposition mixed with lashings of tropical bearings. Another favourite is The Ronin, which rum interjections topple the holy trinity recipe of a classic Negroni. The chocolate aged Bacardi Ocho in place of gin is refined, sophisticated and delivers a mellow cocoa finish to the cocktail.

Adam explains that the bar is focused on promoting the thirteen Origin Rums, each redistilled with a unique blend of herbs and spices or aged in-house. Those pining for an after-dinner dram will appreciate the black spiced rum, the Tortuga Spiced in particular which has a baked peach doused in spiced syrup aroma. “With the length of infusion and choice of rums, it was all very experimental,” explains Adam as he walks us through the menu graciously. His animated gestures and fervent mannerisms are a visible enthusiasm for his labour of love.

You taste it in the Silver spiced rums, a mad dash of complex citrus in the Sun Crusher from blackened lemon zest and sencha, and then an unlikely combination of coffee, passion fruit and lime in the Caldas inspired by the popular Colombian dessert, Esponjado de Café. Neat, on ice, with fizzy tonic or even with coke, we’re certain you would want another. Or, the absolutely moreish dish of Sichuan salt chicken poppers which we fell prey to.

The more I drank, the more convinced I became that the rum debut was going to be a major success in converting the masses. Moving along, the menu also features rums that have been aged in chocolate and young coconuts. Chocolate bricks, cast and hollowed out are fashioned from exquisite Valrhona varieties. These are then filled with rum and left to age for 7 to 10 days. What magical transfusions and alchemy to take place are beyond most regular consumerism’s understanding, but the end result is one that flaunts buttery notes, wild fruit and exotic citrus. It’s all very beguiling. The rums chosen to age in young coconut, like The Lover’s Rum, Chalong Bay and Diplomatico Planas already have heady tropical inclinations, but the richer milky tones come forth (a week or so later), softening it and shaping it for sipping.

Aside from their personal release of rums, the bar keeps things real (and very thrilling) with an exhaustive list of rums from all around the globe too. Those looking towards more elevated expressions can revel in the selection of Mount Gay, Foursquare, Neissons and Caronis. Try the French oak casked Samai Rum from Cambodia bottled specially for Origin Bar, imbued with delicate tannins and vanillin. Team up your drinks with the bar snack from the newly revamped menu like the buttermilk fried chicken or churros with gula melaka anglaise dip. Though I will vouch strongly for the baked Normandy Camembert as the perfect accompaniment to the riotous tipples.

So there you have it. My preferred secret hideout. I always sit in the same spot, perched on the emerald high chairs overlooking the action, sipping on a Barbados rum and soaking in the chilled out vibes that radiate from the bar. I believe with a little push in the right direction, patient educating and a strong sales pitch or two, more people will start to appreciate the diversity of this coming of age spirit.

Automobiles
New Porsche Panameras With More Performance and Comfort
Insights
Scale vs. Soul: Is Bigger Always Better?
Insights
Central Banks to the Rescue in Covid Panic
Trendsetters
Talenia Phua Gajardo
Insights
Create a Shadow Board to Stay Ahead of the Curve