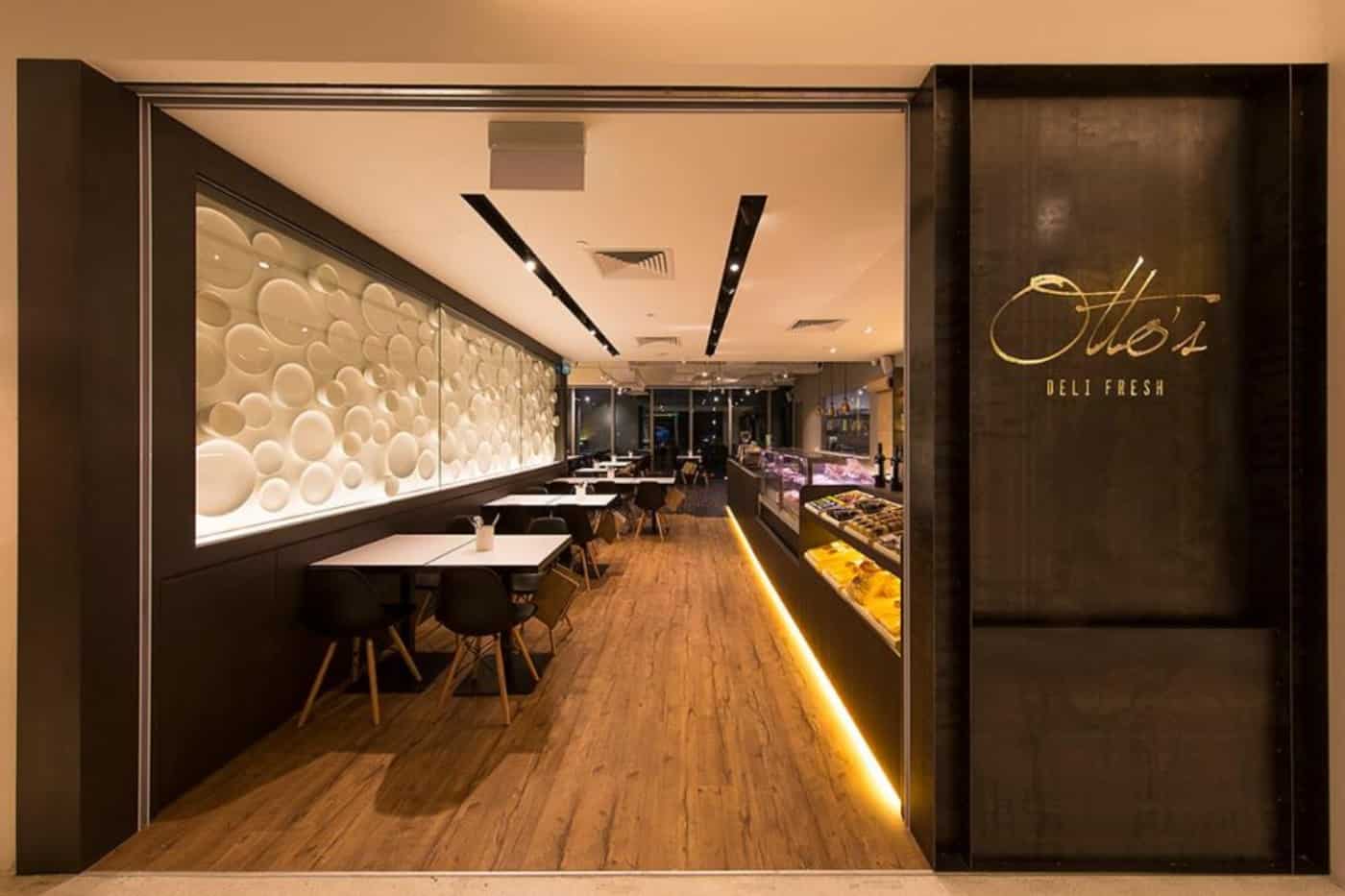 Holland Village or often known as Holland V, is a popular shopping and dining destination for younger Singaporeans and expatriates. Shophouses line the Lorong Liput and Lorong Mambong enclave, surrounded by Holland Road and Holland Avenue. On the other side of Holland Avenue is Chip Bee Gardens which also has many eateries. There is a MRT station serving the area for those who do not drive.

There are many food chains such as Crystal Jade, The Coffee Bean & Tea Leaf and Haagan Dazs etc. to be found in Holland V. The latest building to spring up in Holland V is Raffles @ Holland Village. This is a medical centre developed by Raffles Medical which attracted many eateries to set up shop in this building with Otto’s Deli Fresh being one of them.

Otto’s Deli Fresh is opened by veteran Chef Otto Weibe who has a passionate desire to bring gourmet flavours to the diners. This is an all-day casual restaurant. The chef de cuisine is Chef Rick Chow with 8 years of culinary experience, having worked in restaurants such as Saint Pierre, LaFite at Shangri-La Kuala Lumpur and most recently Portico Prime.

The restaurant is simply fitted with a casual ambience. Diners will have a good view of watching shoppers passing by. The menu is quite comprehensive whether you want to have breakfast, lunch or dinner. I went there for lunch on a Sunday afternoon, and although the restaurant was not crowded, I found the service to be quite slow. The food took a while to be served and I noticed that some of the orders were mixed up. The restaurant manager disclosed that this was due to their newly set up IT system where the orders that were keyed in did not reach the kitchen staff. Also, there were other instances of repeat orders.

There are 4 choices of salads to choose from the menu. The Burratina Roquette Salad ($17) was served with Jamón Ibérico De Bellota, cherry tomato chutney and drizzled with Balsamic Buerre Noisette. It was a good combination of varoius cuts of Spanish ham and the greens were fresh.

Instead of the usual beef burger, this Deli offers pulled pork burger ($18.50). This comes with citrus cabbage, apple slaw, pickled cucumber and barbeque sauce. The fries were served at the side with some salad. With the barbeque sauce added to the burger, it tasted slightly sweet but the pork remained full of flavour. The pickled Japanese cucumber added some crunch and a light zingy taste.

I ordered two mains for our lunch—the DMC full blood wagyu beef rump MB 6 ($32 for 150 gm) and the beef stroganoff fettuccine ($16). The wagyu beef was cooked simply, seasoned with salt and there was a black pepper sauce for the extra flavour. For this price, it was certainly value for money as the beef was rather tender.

For desserts, I ordered the oreo brownie ($12) and the highly recommended burnt banana waffle ($11.50). The desserts took about half an hour to arrive after a few reminders. This was due to the IT system where the orders were not received by the kitchen.

Of the two desserts, I preferred the oreo brownie with mixed berries and a dollop of vanilla gelato. The brownie had a hard crust at the bottom and was not overly sweet when eaten with the berries. The vanilla gelato added a satisfying element to each bite.

The burnt banana was really badly burnt. It was not a pleasant sight as it looked like a piece of charcoal sitting beside the 2 scoops of ice cream. Once I flipped over the charred banana skin, the flesh inside was soft and a little overcooked. To my surprise, the waffle was a little hard and chewy and it was the ice cream which helped to elevate the taste.

Despite the slow service, the serving staff were friendly, and the manager apologised profusely for the long waiting time and waived the charges for my desserts.

Dining
What to Eat in Hong Kong: Hot New Haunts
Life
Stories of Resilience: Phuay Li Ying
Features
Harnessing the Power of Curiosity
Insights
Demystifying The Financial Anomaly: Shortage of USD and Basis Swaps
Dining
What I Miss Most About Dining Out