Samai: A Tale of Cambodian Spirit 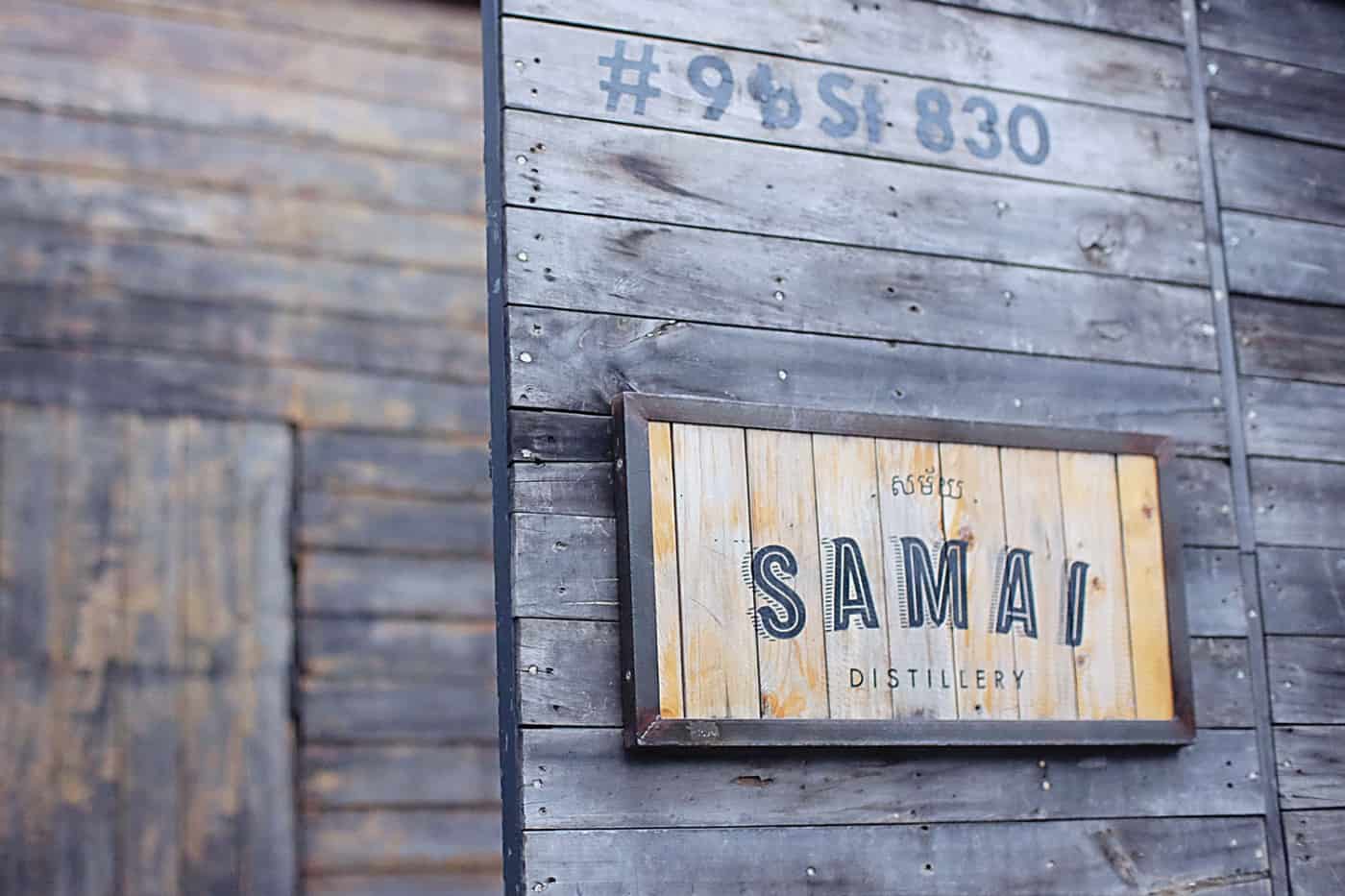 We roamed the unassuming boulevard till a heavy wooden gate guarded by black metal rims marked with the name ‘Samai’ caught our attention. Pushing past the gates, the sight of what greets you makes the production volumes inconceivable to the inexperienced brewer’s mind. After all, the portion of the shed that is relegated to spirit production duty is merely the size of a modest coffee shop.

My first visit to Phnom Penh was with purposeful intent to immerse myself into the potent world of Cambodia’s first and only premium rum distillery. Prior to that, Cambodia was but a tourist bait shrouding religious monuments such as Angkor Wat, star-studded by the faint imprint of Angelina Jolie’s presence in vine-trodden Ta Prohm, aka the Tomb Raider temple. Fortunately, as gastro-tourism has a certain weight on travel decisions for gourmands, my fascination with spirits was enough to get me on a plane to visit Samai.

Founder Daniel Pacheco was there to greet us at the doors. He ushered us from the barrel-lined nooks of the bar to the cool depths of the fermentation labs where large vats manually modified to store double the volume are given the VIP treatment of 24-hour air conditioning. The initial inspirations are undeniable, sugarcane plantations are present in every corner of Cambodia, carts and vendors tout sugarcane juice just about everywhere and at any time of the day—so why wouldn’t anyone make rum with it?

In a fortunate stroke of serendipity, childhood friends Antonio Lopez De Haro, an opportunist in the burgeoning F&B industry in Cambodia and Daniel Pacheco, who was leveraging on solar power as a business start-up in Phnom Penh had their paths intertwined once again. There might have been moonshine involved in the decision-making process, but eventually, Samai was born.

Choosing to adhere to the traditional rum route (most Venezuelans drink light rum), molasses from Cambodia’s Koh Kong sugar producing factories are used as a base in fermentation, combined with market-bought yeast in the tightest controlled premises. At this crucial stage of rum making, nothing is left to chance. Temperatures moderated (hence the air conditioning) to optimise yeast activity and sugar levels moderated with military regimentation to ready the ‘distiller’s beer’ for the next process, distillation.

The holistic distillery tour took place at the steamy hot main floors where two pot stills are the obvious elephants in the room. For drinkers who tend to romanticise the journey, it’s the heart and soul of the distillery, and boy is it a majestic sight. “We have plans to make more rum and we’ve just acquired a new combination still that increases production volumes by 9 times. We don’t know where it’s going to go just yet.”

The current two pot stills have wide bulbous bases and a small bulb attached above it, its slender neck sealed with a wet soft dough that bakes to a crisp with increasing temperatures. It’s where the magic happens. The mash of fibre, yeast, sugars and various alcohols cooked to specific temperatures in a bid to put them on their correct career paths. Methanol, the bad seeds of society, Heads for cleaning and sterilising; Hearts goes on to achieve greater things in barrels; and Tails, the oily flavourful by-product that fuels the next generation of spirited batches.

Now, only cask maturation stands between you and a taste of Nelson’s blood, kill-devil, demon water or pirate’s drink (depending on which part of the world you’re from). The distillery currently produces three types of rum, the Kampot Pepper Rum, Samai Gold Rum and the Samai PX Limited Edition, the latter, if you ever get your hands on, is highly encouraged.

However, the spotlight is on the unique red-tinted Kampot Pepper Rum redistilled with Red Kampot Pepper from La Plantation in the Kampot region. If you’ve got a day (or two) to spare, a trip to the pepper growing area of Kampot is recommended. Upon our visit, we realise that most enthusiasts visiting La Plantation have allocated time to reside in the seaside town of Kampot prior to their visit. Alternatively, you can endure a jerky pothole laden trip of 140km from Phnom Penh into the wilderness of Southwest Cambodia; but a sight of its wilful landscape with pepper fields that run as far as the eyes can trace—and the traumatised derriere will be a passing thought.

Owners Nathalie and Guy are the masterminds behind this social and sustainable agri-tourism project, one that respects the preservation and quality growth of “Kampot Pepper” and its appellation of origin. By industry standards, it’s admirable to witness the plantation’s dedication to finance the people of the land, opting for handpicking versus automation and investing in social projects to benefit the education of the local kids.

Nonetheless, the products speak for themselves. The region’s flagship product, Kampot Red Pepper imparts a unique crisp sweet aroma with overtones of guava and eucalyptus to the award-winning Samai rum. The long-drawn second distillation with the Kampot pepper via vapour infusion staining the tipple with a shy shade of rose red.

“When we first started out, we sent it to Diageo’s incubator program in 2014 and not long after, we received a call telling us that we got into the top 10,” laments Daniel, “We couldn’t believe our ears. It was then that we knew we were on to something.” Since then, it has all worked out like a fairytale for Samai—the recent need to shift to more spacious grounds to meet bottle demands is a testimony to the distillery’s global success.

The focus is to shift production to a global scale, however, heading in that direction has proven to be an uphill struggle with the current constraints. “Most people tell me it’s a good problem. However, if I had known these problems would plague us, then I would have reconsidered.” One taste of the Hedonist cocktail (a feisty blend of Spicy Kampot Pepper, Samai Gold Rum, rum, raspberry syrup and lime juice) on Thursday nights when the bar opens up to throngs of thirsty city dwellers and you’ll be glad that the duo took the plunge.