The Underappreciated Appeal of Banchan 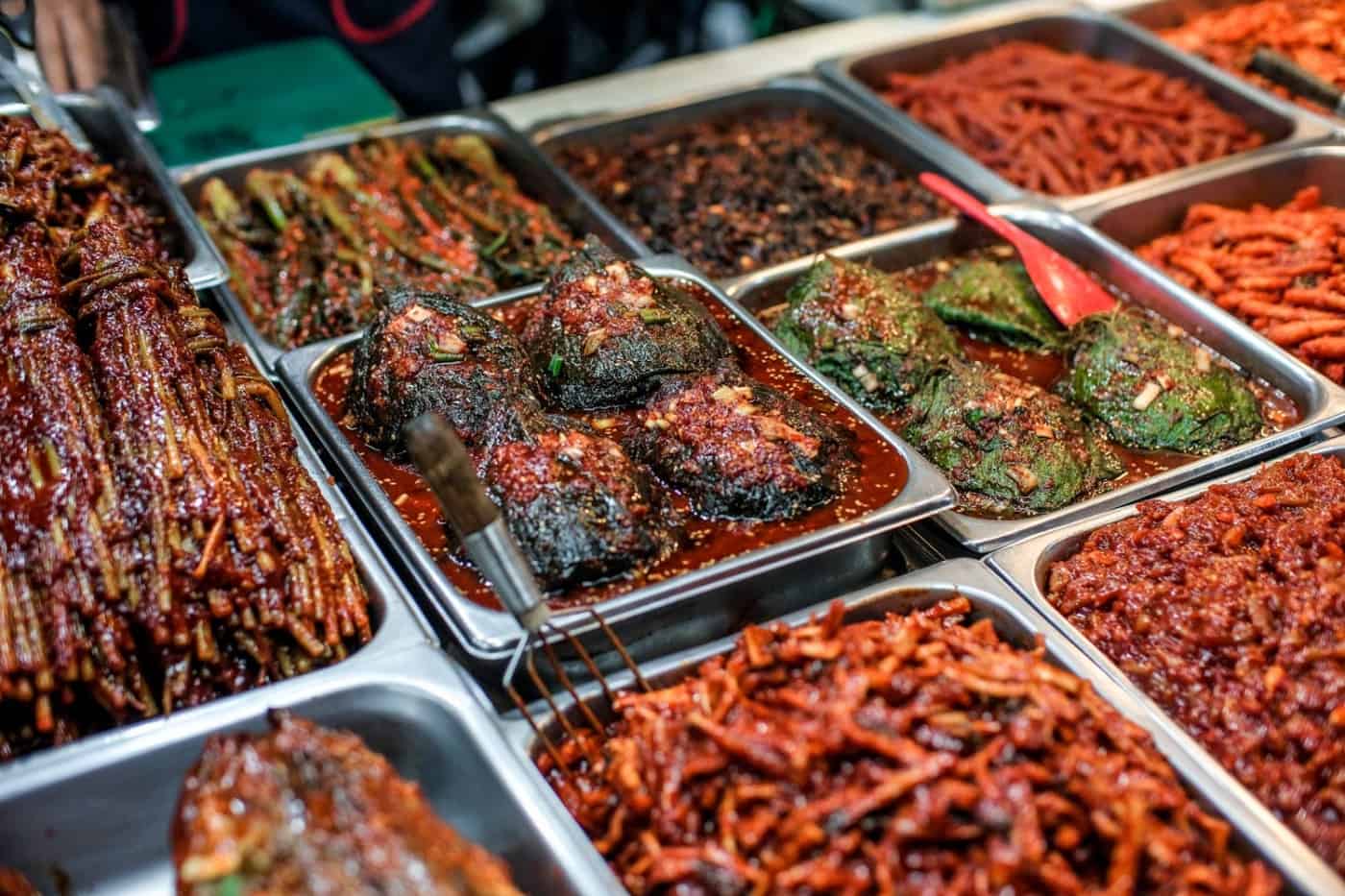 Remember those petite side dishes that are brought to your table before you partake in an overly indulgent Korean BBQ meal? That’s Banchan—the opening act featuring pickled radish, kimchi, potato salad, and a few more delectables laid out by your magnanimous host. As excited as you may be by the visual treat, the problem is not knowing what each dish is. And worse still, they seem ‘free of charge’ (I’ll get to that later), but these small dishes that appear mysteriously are first of all, not appetizers; and secondly, certainly not free-flowing items that we should abuse. I’m sure we’ve all told ourselves that at one point in time.

The next time you want to avoid a Korean Ajumma (a middle-aged lady) doing a slow burn, listen up.

As a companion to cooked rice in Korean cuisine, banchan is multi-faceted, recurring from the most humble dinners at home to traditional Janchi (where female members of the family get to show off their kitchen skills), and even ascending to Korean royal court cuisine level. Stemming from the spill-over of Buddhism from China around the mid-Three Kingdoms period, the subsequent diminution of meat consumption paved the way for the renaissance of Korean cuisine. Court kitchens evolved various methods of cooking with a heavy emphasis on seasonal ingredients and an uncanny inclination to fermentation and pickling—resulting in, you guessed it, Kimchi. Probably the most recognisable one out of all the copious banchan offerings.

The key to proper Korean food etiquette is patience. You’re supposed to eat banchan throughout the meal (and not gorge on them prior), which makes you wonder if the Ajumma wants to witness some restraint on your part before the main affair. So when eating jjigae or Korean BBQ, for example, you’re supposed to alternate between the soup, starchy rice and banchan seasoned with just enough spices to whet your appetite.

On my recent visit to Korea organised by Delish Korea, I finally understood the intricacies of banchan. My experiences from fried chicken doused in honey butter to kalbi short rib tacos and cheesy tteokbokki can be limiting in Singapore. I navigated the trip with a hunger for knowledge and by the hand of fate, got more than I cared for.

First, there was a demonstration by Chef Cho Hee-Suk of one-Michelin-star Hansikgonggan who through an elaborate showing of household methods, derived at a show-stopping 8-part banchan meal topped by a very impressive Deungshim-gui, or grilled beef sirloin marinated in grated pear. Naturally, I swooped in there with my rice bowl and flat metal chopsticks, it was all very edifying. However, the real purpose of the trip, by and large, was to make a pilgrimage to the Baekyangsa (Chunjinam Hermitage) temple located 3 hours down south from Seoul. Beyond famed Éric Ripert’s lauding of the Buddhist nun’s cooking, and coverage of the hush-hush temple cuisine on Netflix’s Chef’s Table, Jeong Kwan and her egoless efforts to drive Korean food forward on a local ecosystem have become a subject of love, care and attention from worldly gourmands.

It began with a 4 a.m. bus ride. 4 hours later, I arrived at the temple, bleary-eyed and discombobulated. It was the middle of December and winter had just begun to rear its ugly head. The last of the deciduous trees have had its magnificent red coat stripped and laid across the barren forest floors. I dug deep vigorously into shallow mounds of napa cabbage, varnishing each sheet with a putrid sauce of fermented beans, vegetables and sea-worthy ingredients before swaddling it like a baby in its own leaves and retiring it to the underground vats for ageing. There was a strong sense of community in the air, as student volunteers and villagers mingled with curious foreigners who had traversed the globe in search of enlightenment on Korean cuisine without the usage of garlic, scallions or jeotgal (salted fermented seafood). How is it done? They ask, to which she replies, “I rely on nature, and nature relies on me.”

If there was one lesson to take away from it all, is that humility combined with the pressing need for sustenance and the final element of true talent will result in something that is unparalleled. As I followed the 20-dish-strong monastic ‘buffet’, my baru (wooden bowl) got filled with vivid colours relaying the facets of nature—from land to sea and back again to the 3-year-old aged kimchi which revived an extra savoury layer on the palate.

The trip concluded with a visit to the Gyeongdong market where I wandered far off in search of dry provisions. From there, it was akin to stumbling into the wardrobe of The Chronicles of Narnia—rows and rows of pickled perilla leaves, seasoned lotus roots, gochujang marinated octopus, acorn jelly and other indistinguishable items cloaked in blazing red that await to be devoured by hungry families. Although banchan doesn’t get the spotlight it deserves as compared to kimchi, it is still a Korean standard, a way of life—something that should be respected by bon vivants in pursuit of authenticity.

The next time you enjoy a Korean meal, be sure to consider cultural appropriation. If you favour a certain banchan, park your fancies there, but do not expect a willing refill from the staff. After all, banchan is not free—it is an integral part of your meal and must be enjoyed accordingly.