What I Miss Most About Dining Out 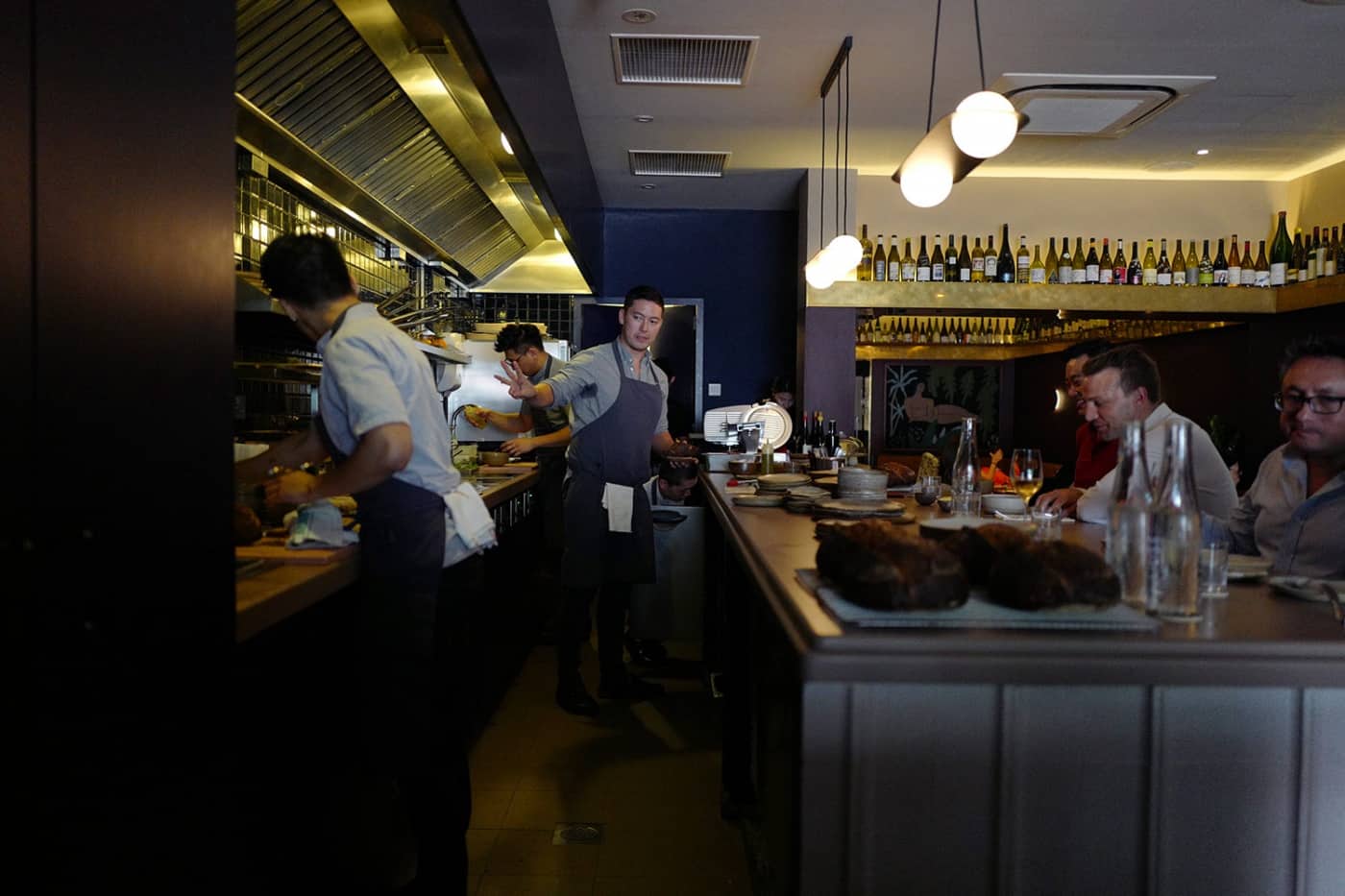 Forbidden fruit is always the sweetest. Guess this analogy is applicable to the predicament of not being able to dine out during these two months of circuit breaker. As Singapore’s economy slowly restarts, restaurants that we long wistfully for are now back on our radars again, which is why I’m imagining my first meal out in phase two. Most F&B businesses have diversified during the crisis, and in light of that, the thrills of dining out may be even bigger.

I do miss the food at my favourite establishments, but I cherish the restaurant experience much more. Prior to my recent spatula-wielding, recipe-tweaking days that have miraculously picked up lots of attention from netizens, travelling to feed my perpetual hunger for culture and inspiration was the single most expensive habit I’ve ever had. If I had saved all the money I’ve blown over the past ten years of eating lavishly well, I probably could afford to buy a sizeable yacht. Or perhaps rent an apartment so that I won’t have to endure the relentless squabbling from my family. With my noise-cancelling earphones on, these are the things I miss most about dining out:

1. Crispy French fries. I say this now to all the restaurants or cafes doing deliveries—scrap the fries for goodness sake. It doesn’t matter how beautifully crisp and golden those triple-cooked duck fat chips are straight from the fryer. Once they’ve been packed in a takeaway box, en route to your home, they turn into an insipid, limp and smeary matchsticks. A shameful waste of spuds. I revel in memories of hand-cut fries doused in beef chilli and tart béarnaise sauce at Potato Head Folk. But it’s the sublime confit potato snackage at Quality Chophouse in London that I call my one true potato love.

2. Having thought of myself as someone who is domesticated, it turns out I might be highly selective in that area. I tip my wine into a rock glass as I’ve had it with washing my delicate, wafer-thin stemmed wine glasses—especially after having to knead bread dough for 20 minutes. I choose my battles wisely. So I won’t take for granted the convenience of paying someone else to prepare a meal, deliver it to our table and clean up after us.

3. On the subject of washing dishes, let’s talk about cooking, shall we? With most restaurants battling with cold food complaints, they’ve found absolution in ‘practising tai chi’ (i.e. shaking off responsibilities) by leaving the final flourishes in the (in)capable hands of the recipient. Over the last two months, I’ve cooked many steaks on my stove, reheated several vacuum-packed bags in rolling waters and even made brioche burger buns to house unctuous pulled pork. While it’s usually a success, I can see how things can go terribly wrong. All that hard work and inspired ideas lost in translation owing to poor execution on the finish. On that note, I’m coming straight for teppanyaki and tableside crêpes suzette with all the fireworks, once I get the green light.

4. Who remembers exchanging hugs and handshakes before and after a meal. Living with a French partner, I once struggled with the intricacies of European social conventions—la bise to be specific. Navigating a casual barbecue party setting requires tact and deftness between yourself and a roomful of strangers. Pleasantries can take up to a solid quarter of an hour. The accidental lip grazes and forehead kisses may transpire with a severe height discrepancy. Pro tip: Make sure you have a flute of champagne in hand. Now that physical distancing is de rigueur these days, all that is left are awkward elbow bumps and interactions that remind you of two ex-lovers being placed in a tiny room.

5. I miss having neighbours. I’m talking about the clandestine affair of gossiping about the next table and their poor choice of dishes or partners. People-watching is often one of the most overlooked aspects of dining out, but how often do the delicious wafts from passing dishes and thrilled remarks from neighbouring tables influence your decisions? Although I would ideally prefer to avoid the wailing baby situation, the excited murmur of voices in a packed dining room is had to replicate.

6. French food. You might have noticed from the regular takeaway menus that French is never on the roster. And the limited vocabulary of the subject matter mostly revolves around the word ‘comfort,’ which dissociates people from French cuisine. There might be some several misconceptions going on here, but cassoulet and Alsatian flammkuchen despite not being social media darlings tend to the broken heart better than a bowl of prawn mee. Let’s just be real, it’s never going to a fair game, especially when French fare is often identified with a certain kind of ambience: white linen or classic checked tablecloths in bistros, wooden-backed chairs, moveable menus scribbled on blackboards. There will no wine, cheese platter and hor d’oeuvres if there is no company so to speak.

8. Who, like me, has butterflies in your stomach before a grand meal? Perhaps it stems from saving room beforehand that magnifies the first date feels prior to a meal. To allow oneself to really eat, to be frivolous in your calorific decisions, like you’re rolling up to the mother of all Great Gatsby parties. For the most part of it, I miss dressing to the nines. Judging from my laundry pile, loungewear has my name written on it.

When restaurants have reopened, you will know where to find me. It’s a relationship I’m looking forward to rekindling very quickly. Though I fear our mutual animosity initially—me coming to terms with her altered, enlightened state and her judging me for my untamed eyebrows, if the magic of true love exists, we’ll figure it out.

Insights
Imaginations Running Wild Part 1: Animal Spirits and Central Banks
Insights
Is Sophia the Robot, the Devil in Disguise?
Equities
Thoughts on Snakes & Ladders and the Equity Markets
Property
Central London Property: Why Now Is the Time to Buy Prime
Automobiles
Everything You Need to Know About Audi’s Q4 Sportback E-Tron Concept