Women Shaking Up The F&B Scene In Singapore: Shermay Lee 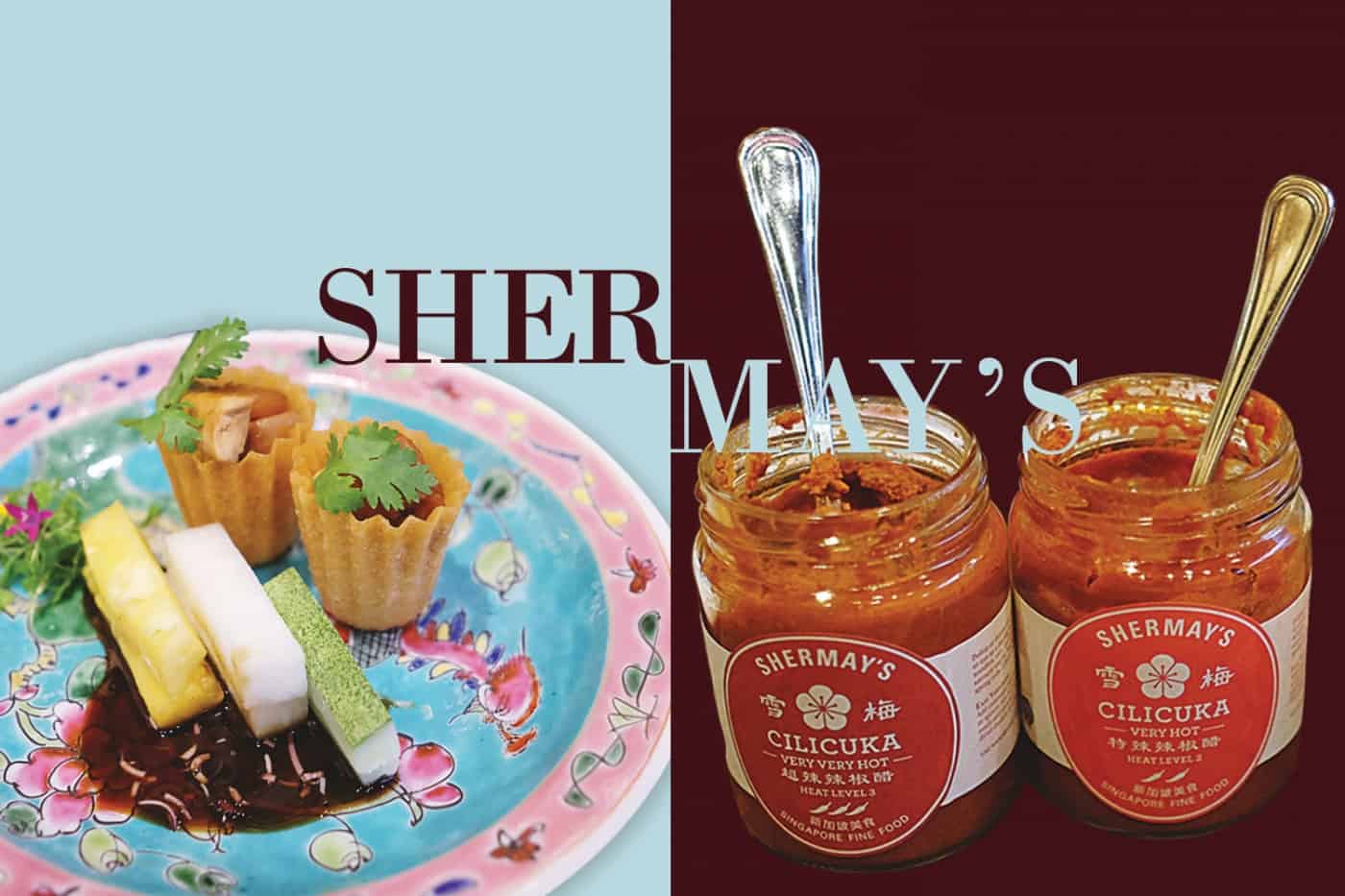 Grandmas. They are some of the most experienced cooks in the world. It’s little wonder how these matriarchs would wander into the kitchen without a recipe, only to emerge hours later with a sumptuous spread of dishes, fit for a king. Anyone who has chased their own grandmother around the kitchen, trying to capture the secret behind her beloved ayam lodeh or ondeh ondeh, understands their magic. One such person, who is no stranger to these antics, is none other than Shermay Lee—granddaughter to the late Mrs Lee Chin Koon, doyenne of Peranakan cuisine and author of the famous cookbook—Mrs Lee’s Cookbook.

Most recipes for success begin with a list of ingredients, similarly, Shermay’s road to culinary stardom started with endearing impressions of her paternal grandmother cooking Peranakan food. Since a tender age, food and its importance in family bonding was deeply ingrained into her young mind. Even as she embarked on forging her own culinary path by studying French cuisine and pastry at Le Cordon Bleu, her overseas stint made just one thing very apparent—her Peranakan roots were so deep that it became definitive.

Since then, Shermay had gone on to embark on a slew of F&B related business adventures of a more unorthodox calibre. Instead of staking it in a restaurant, she proceeded to operate, own and teach at the renowned Shermay’s Cooking school for an extended period of 11 years. Only in 2015 did she shut those doors to focus on food consultation and marketing her own brand of sauces—Shermay’s Singapore Fine Food, some of which we had the pleasure of dipping our keropok into tonight.

Sometimes it’s a relief to eat a dish that makes no pretence of beauty, that settles on being ‘ugly-delicious’. This was my sentiments with the Ayam Buah Keluak, lovingly prepared by Shermay in collaboration with the kitchen team of The Dining Room at Sheraton Towers Singapore. Wildly over salted, tinged with galangal and tumeric, chicken is teased into submission, yielding tender flesh beneath a sweetish gravy. The crux of the dish, the ‘black gold’ aka buah keluak paste which possessed so much robust flavours that you’ll be compelled to pull over the waitstaff for rice refills.

This coming April, sixth generation Nyonya Shermay Lee, partners with Executive Chef Eric Chiam and his culinary team at The Dining Room, to present a kaleidoscope of perennial Peranakan favourites. There’s the ubiquitous Kueh Pie Tie, solidly engineered pie tie shells come stuffed with a myriad of good things like turnip, bamboo shoots, prawns and pork. I have the penchant to throw on sauces on everything and boy, was I rewarded with an explosion of flavours with the cilicuka just piquant enough to lift the rather bland parcel.

The Chap Chai slams the door in the faces of mimicry. There’s no doubting the intensive labour involved in the making of this dish. With the various components added in Pythagorean order to avoid overcooking, the overall dish is an encyclopaedia of textures—the powerful rifts of fermented beancurd tantalising on the palate. I called for the waiter again who proceeded to pile white rice on my plate with newfound fervency. Char Siew is prepared in a more classical vein, without the new-fangled inception of added luxuries from iberico pork employed. It’s good, but nothing to shout about. Prawns are lent a refreshing feel from pineapples in spicy gravy. Then there’s an extremely fortifying Oven Baked Snapper, a rift on the hawker favourite sambal stingray; only with sambal hijau giving the dish a markedly different vibe.

What more could you ask for in a dessert? The coconut ice cream chendol is a pleasant departure from the usual velvety creamy rendition. My thighs quivered as I lifted spoonful after spoonful to my lips. Unabashedly rich with coconut milk and intoxicatingly smoky gula melaka, my final verdict is that this is one for the culinary books.

Whet your appetites and cajole the entire family for a hearty meal that almost feels as if your grandma is working the stoves. The Dining Room is where you want to be for dinner during the weekends.