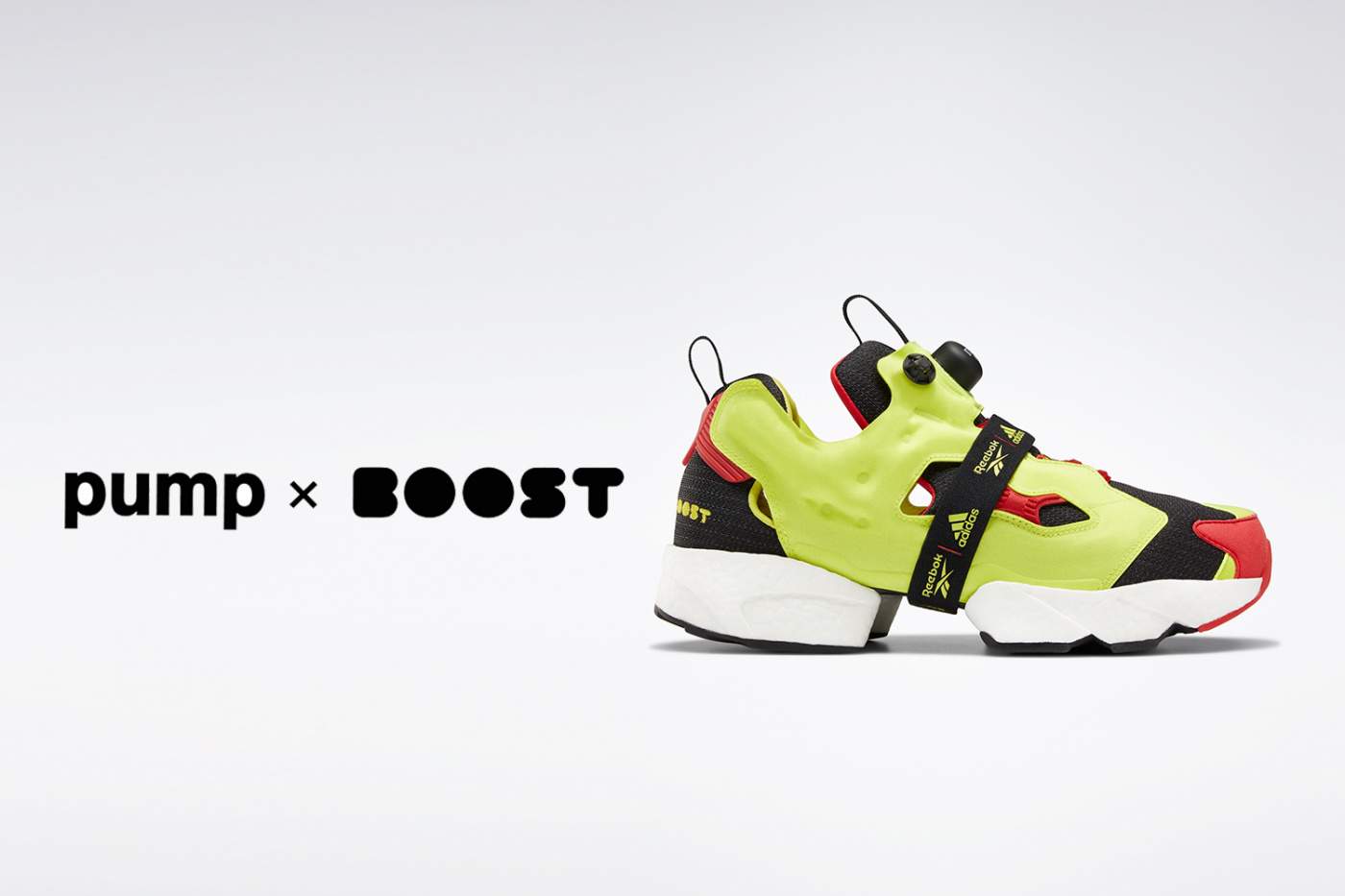 After the big announcement last month, Reebok and Adidas have unveiled additional details around the launch of the new Instapump Fury Boost sneakers.

The ultimate statement shoe, the Instapump Fury Boost is built for breaking free and creating the unexpected. The trailblazing Instapump Fury has long been the choice of influencers and iconoclasts. Now, with the unrivalled comfort of Adidas Boost technology, it’s back to push the limits of design and performance.

Prototype: The Prototype model features the original colorway of Steven Smith’s “pullover” Instapump Fury production sample. For the first time, this classic white, royal blue and solar orange Fury colorway will be released. In addition to celebrating Reebok’s innovation legacy, the Instapump Fury Boost Prototype gives a subtle nod to Adidas’ Boost revolution by incorporating the same mesh paneling used in the original UltraBOOST. The Instapump Fury Boost “Prototype” will be available exclusively at atmosCon Japan on October 5, limited to 50 pairs only, with a wider APAC release on October 11 and a global release on November 15. The “Prototype” model will not be available in Singapore.

OG Meets OG: The OG Meets OG pack salutes the inaugural Instapump Fury and UltraBOOST colorways. The Instapump Fury’s striking high-tech silhouette sets it apart from the conventional sneaker scene. However, it was the shoe’s daring OG colorway that made it a style icon. Convinced that the Fury had to make a visual statement, Steven Smith struck on an incendiary citron yellow upper, glowing against crimson and black accents. It was a bold choice that perfectly captured the Fury’s relentlessly inventive and independent spirit. The Instapump Fury Boost OG Meets OG will be available from October 25 in APAC markets, and November 22 at select global outlets.

Black & White: The Black & White pack is made for the fashion-forward. Featuring immaculate monochrome uppers with a glimmer of metallic GraphLite, its bold futurism is offset by the organic warmth of raw gum outsoles. Clean and balanced, the black and white combination will complement any look and is set to become a street staple. A celebration of pure form, the Black & White pack stays true to Smith’s “no more than what you need” vision. The Instapump Fury Boost Black & White will be available from December 6 at select global outlets.

Insights
1H16 Market Thoughts: Did Somebody Die?
Style
Shanghai Tang Teams Up With Yuni Ahn for Pre-Fall 2021 Collection
Insights
Lunar New Year Special: Why The Only Pigs We Like Are Dead Pigs
Influential Brands
Educators Who Care: The Reason Behind Raffles Education’s Success
Style
Why Silk Should Be Your Wardrobe Staple