Geneva: A City of Historic Affluence 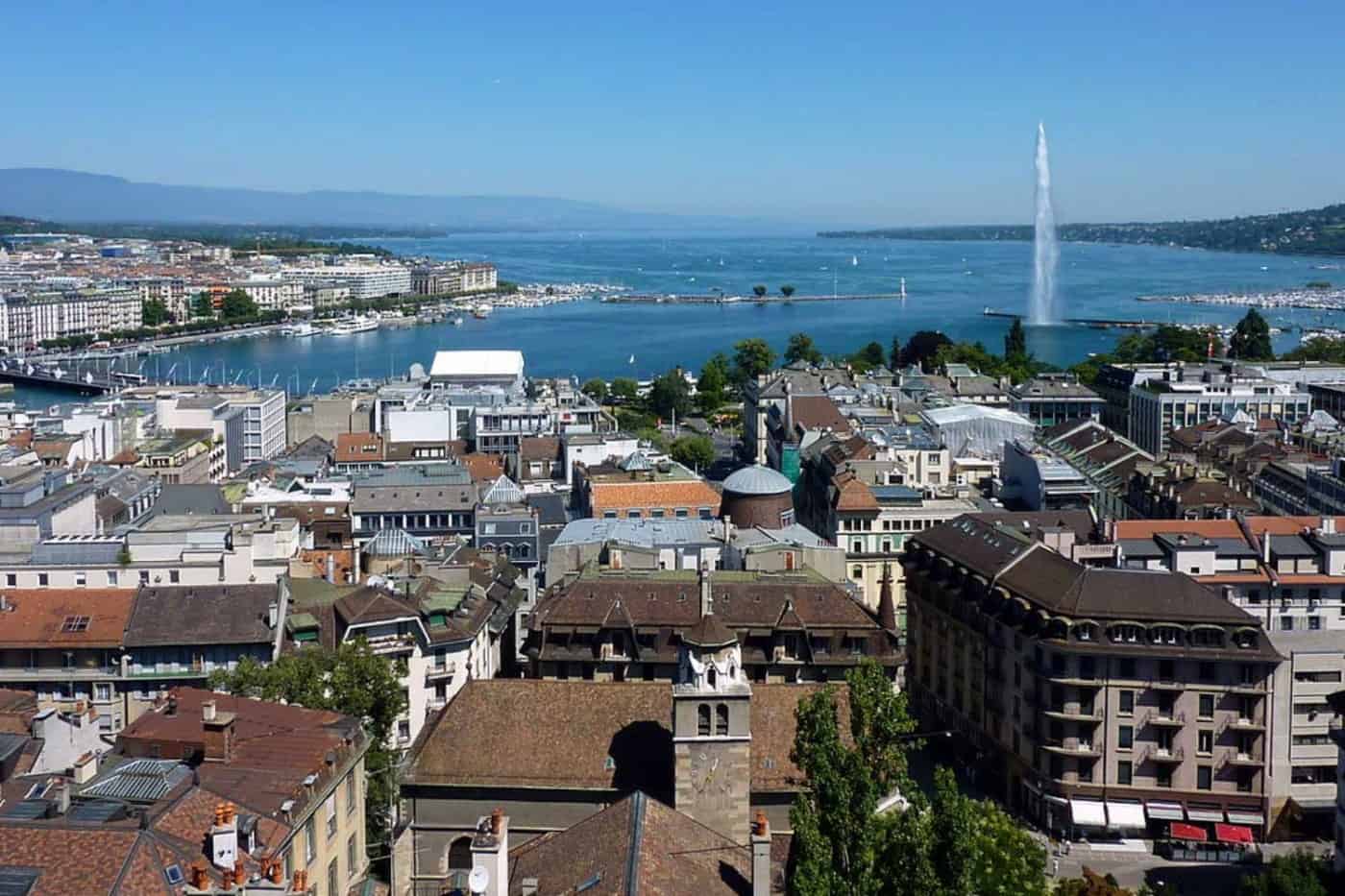 It is often said that Switzerland is the land of cheese, chocolate and cuckoo clocks. The metropolis of Geneva is situated where the Rhone exits Lake Geneva and is home to many international organisations including the United Nations and Red Cross. With the most secure financial institutions in the world, it is also a haven for global private banking. The city is central to popular ski resorts like Mont Blanc and the exclusive Gstaad resorts, which are both just a few hours’ drive away. Geneva is the place to visit for a tranquil getaway with the occasional upmarket shopping. Here are 5 things to do:

Geneva’s signature landmark, the Jet d’Eau (water jet) is as its name implies, a fountain, which jets five hundred litres of water per second at 200 kilometres per hour up to a soaring height of 460 feet in Lake Geneva.

Located in the centre of town, it is encompassed by the many quaint and heritage buildings that give the city its architectural charm. Admire the Jet d’Eau by day in the beautiful Swiss sunshine or at night in its illuminated splendour by strolling around the parks and promenades surrounding it.

Housed within Ariana Park, the Palace of Nations is an astounding structure that has headquartered the United Nations since 1946. Having undergone modernisation over the years, the building spans through a vast compound amalgamating the new with the old, overlooking Lake Geneva.

Inside this Monument of Peace, visitors can see the famous conference rooms used for United Nations summits and intergovernmental meetings. There is also a statue named the Armillary Sphere, which was presented to the United Nations by the Woodrow Wilson Foundation.

Like many European cities, Geneva’s Old Town has a storied past, with a number of historical attractions including Cathedrale St. Pierre and La Place du Bourg de Four, its oldest square and the best starting point for your walking tour.

Set on hilly terrain, explore the meandering cobblestone paths and discover age-old buildings like The Old Arsenal that features five canons, which were actually used up until the beginning of the 19th century, displayed against lovely mosaicked walls.

Also in Old Town is The Barbier Mueller Museum, an antiquity museum founded in 1977 and now displays thousands of artifacts such as fabrics, sculptures and works of art from ancient Europe and Africa. This is the perfect stop if you’re a history buff.

For art lovers, be sure to visit La Galerie Insolite, which contains a collection of contemporary art, ceramics, jewellery and rare bottles of perfume as well as the Galerie Jacques de la Beraudiere, a gallery with a selected range of sculptures and paintings from the 19th and 20th century. Some of these works include the likes of Dali and Brauner of the Surrealist movement amongst others.

Nearer to the top is the Promenade de la Treille, a beautiful tree-lined promenade where you can catch a stunning panoramic view of Geneva. Built in 1767, the world’s longest and oldest bench, which is 120-metres long can also be found there.

Finally, the main attraction is La Place du Bourg de Four with its numerous trendy cafes and restaurants where you can wine and dine al fresco style surrounded by the delightful ambience of La Vieille Ville and its fountains.

Beginning around 1160 A.D., Cathedrale St. Pierre has a stunning Gothic-style architecture with a neoclassical façade. The interior, though worn and simple is spacious and contains a beautiful shrine as well as majestic chandeliers which have a commanding presence.

Take a climb up the spiral staircases to the North and South wall towers for more spectacular views of the city. The towers are connected mid-height by a corridor so getting from one to the other doesn’t require descending all the way back down. Over at the South Tower, there is an open-air balcony with picturesque views of Lake Geneva and the Jet d’Eau.

Just next to the cathedral is the International Museum of Reformation depicting the history and theologies of the people’s lives during times of religious reformation, allowing you to slip back in time.

Located in the city centre, the museum was built between 1903 and 1910. The massive structure has over 75,000 square feet of exhibition space and consists of several sections.

Wander over to ancient Egypt and discover many excavated objects from vases to jewellery, before hopping over to the Roman period where they display jars, bowls, cutlery and hanging scales.

Don’t forget to allocate a couple of hours, and immerse yourself in a treasure of knowledge.