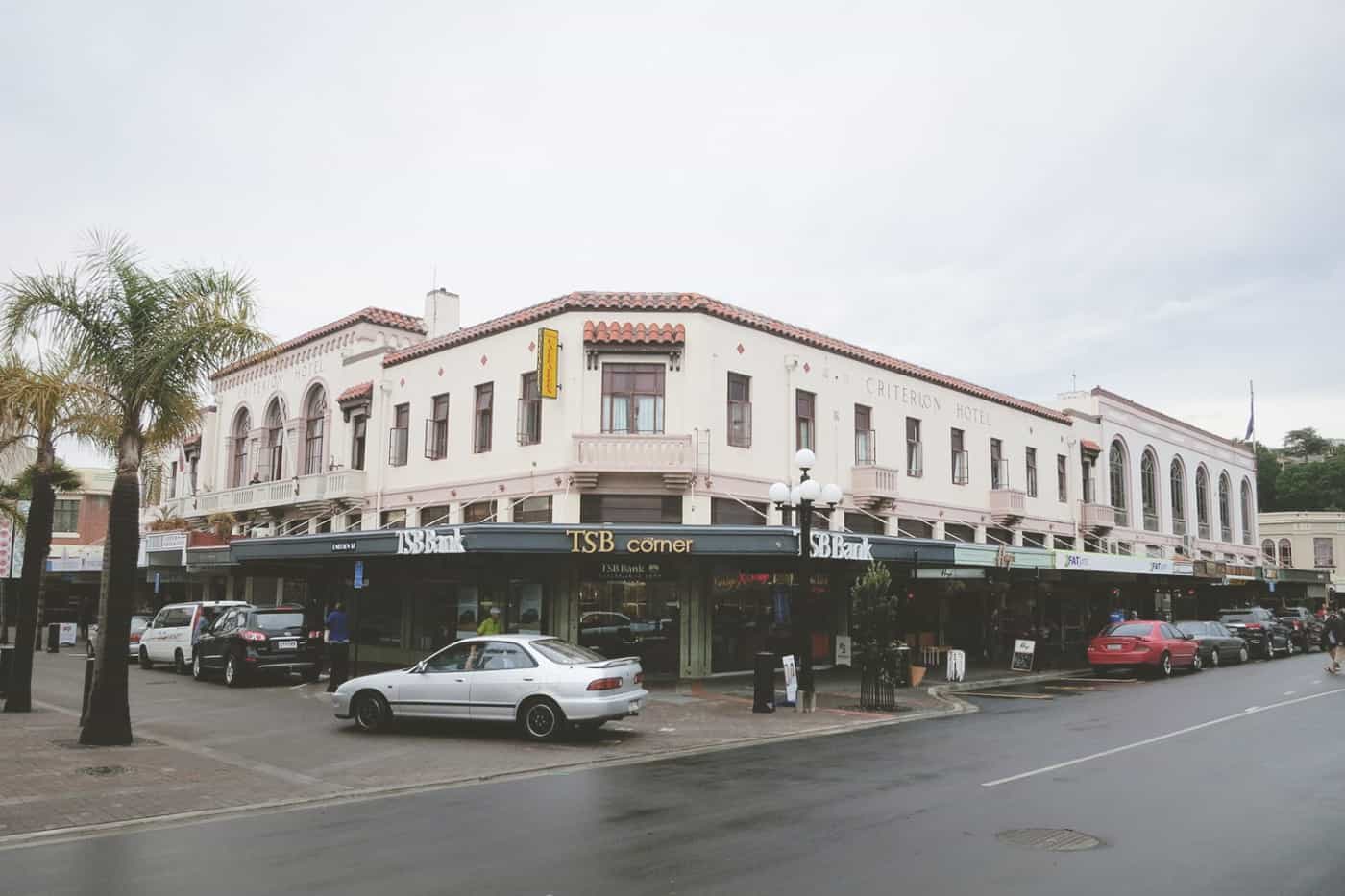 International visitors to North Island in New Zealand generally fly into either Auckland or Wellington, the capital city. Between these two bustling cities are countless small towns and interesting urban areas which one should not overlook when driving along the 650 km route on State Highway 1. One such destination is Hawkes Bay, located on the East coast of the island. Described as the food bowl of New Zealand, it principally encompasses the Waiora district and the “Bay cities” of Hastings and Napier.

The whole area is dominated by farmlands for sheep and cattle, orchards and vineyards. The dry and temperate climate, providing hot summers and cool winters, is ideal for grapes which results in the proliferation of vineyards. Hawkes Bay is known for its full-bodied reds, accounting for more than 80 percent of New Zealand’s plantings of Merlot, Sauvignon. Cabernet and Syrah grapes. It is also the largest producer of apples, pears and stone fruits. It would be wise to spend some time dropping in at some of the vineyards and at the same time enjoy a meal or two at those that incorporate a restaurant on their premises. Two notable names are Craggy Range Vineyard and its Terroir restaurant; and Black Barn vineyards and its Kitchen, both in Havelock North which is about 20 minutes by car from Napier.

Napier, which is 320 kilometres from Wellington, is the ideal city to make a pit stop. In 1931, an earthquake measuring 7.9 on the Richter scale, devastated Napier and Hastings, killing 256 residents and injuring thousands. It was New Zealand’s worst natural disaster to date.

The city was rebuilt from scratch, modelling itself in the style of the 1930s, which was Stripped Classical, Spanish Mission and Art deco architecture. The result was the biggest concentration of 1930’s Art Deco architecture and earned Napier the enviable title of the Art Deco Capital of the World. Capitalising on this fame, Napier annually hosts the Tremains Art Deco festival.

Within the city, visit The National Aquarium of New Zealand and feed the penguins or swim with the sharks. Then there is The Faraday Centre—Science and Technology Museum where it is an interesting place to learn some history and how technology had shaped people’s lives over the years.

Outside the city, drive to the top of Te Mata Peak for a panoramic view of Hawkes Bay. If you are more energetic, you could park your vehicle at the bottom of the peak and take one of 5 walking trails to the top. Further afield, about half an hour’s drive from Napier is Cape Kidnappers, a craggy peninsula where thousands of gannets come to mate and roost. It is the world’s largest and most accessible gannet colony gathering place. The bay takes its name from an incident involving the kidnapping of Captain Cook’s cabin boy when he visited the Bay in 1769. To get to the top, visitors have to book a place in a minivan with Gannet Safaris. Once on top of the Cape’s sheer and barren cliffs, tourists can come within a few metres of the gannets. The best time to view them is  from early October until late April.

If you happen to be in the Hawkes Bay area on a Sunday, do not miss the Hawkes Bay Farmers’ Market. Held at the Hastings Showgrounds, the best of local produce and artisanal products are on display from 8.30 am to 12.30 pm. In fact, the Sunday event has become a local intuition and a tourist attraction as well.