Off The Beaten Track: Mondsee 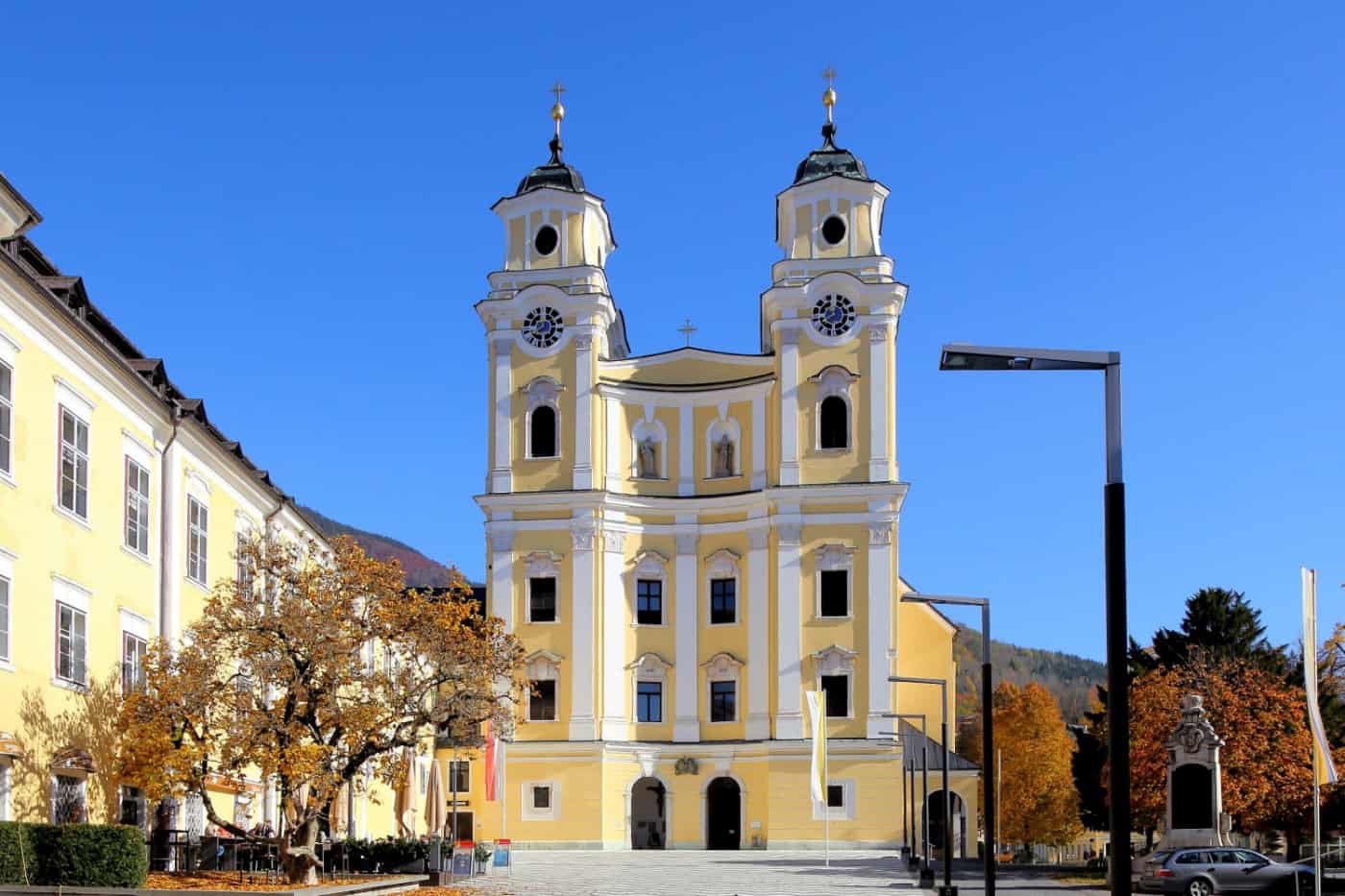 Mondsee shot to fame after staging of Sound of Music wedding scene.

Vienna and Salzburg will always feature highly on the travel plans of many visitors to Austria. Mention Mondsee and no one will consider including it in their itinerary, unless you are a fan of the popular movie The Sound Music which was filmed in Austria in 1964. The Rodgers and Hammerstein cinematic musical blockbuster featured many Salzburg’s landmarks but the wedding scene of Julie Andrews and Captain von Trapp at the end was staged at  Mondsee Abbey.

Mondsee is a quaint little town sitting on the shore of Lake Mondsee in Upper Austria. It is easy to bypass it when you are travelling on the Autobahn A8 on the way to Salzburg. It was brought to my attention by my hired driver who suggested a detour and it turned out to be a pleasant diversion.

The town has a population of a few thousand. Even though it was close to lunch time when the car pulled up at the town centre, there wasn’t much of a buzz. But you could not miss the imposing abbey with its twin 52-metre tower stretching to the sky. On the façade are the statues of St Peter and St Paul. Adjacent to it is the monastery which you could wander in for a look around.

Founded in 748 AD, it later underwent many changes before it was rebuilt as a late Gothic church in 1487. Today, this cloister church attracts 2000,00 visitors annually, thanks to this one wedding scene from The Sound of Music movie.

Admission is free but visitors are encouraged to make a donation for the maintenance of the abbey. Once inside, the first impressive visual to grab your attention is the 18-metre high Baroque altar. If you look closely near the base of this altar you will notice a jewel-encrusted skeleton. It belonged to the Abbot Konrad II who was killed while defending the monastery from noblemen in 1145. Lining the chapel walls are even more altars that were added over the years. A small church but with so much artistic relics, it will leave you in awe. In 2005, Pope John II upgraded the abbey to a basilica.

After the tour, take a stroll and hop into one of the many small cafes for a cup of Viennese coffee and cake. If you have more time on your hands, take a boat cruise on the picturesque Lake Mondsee.

Someone once said that “If you actually hang out in the countryside, it’s actually quite peaceful.” That in its essence was how I felt when I visited Mondsee.