Osaka: The Ultimate A to Z Guide 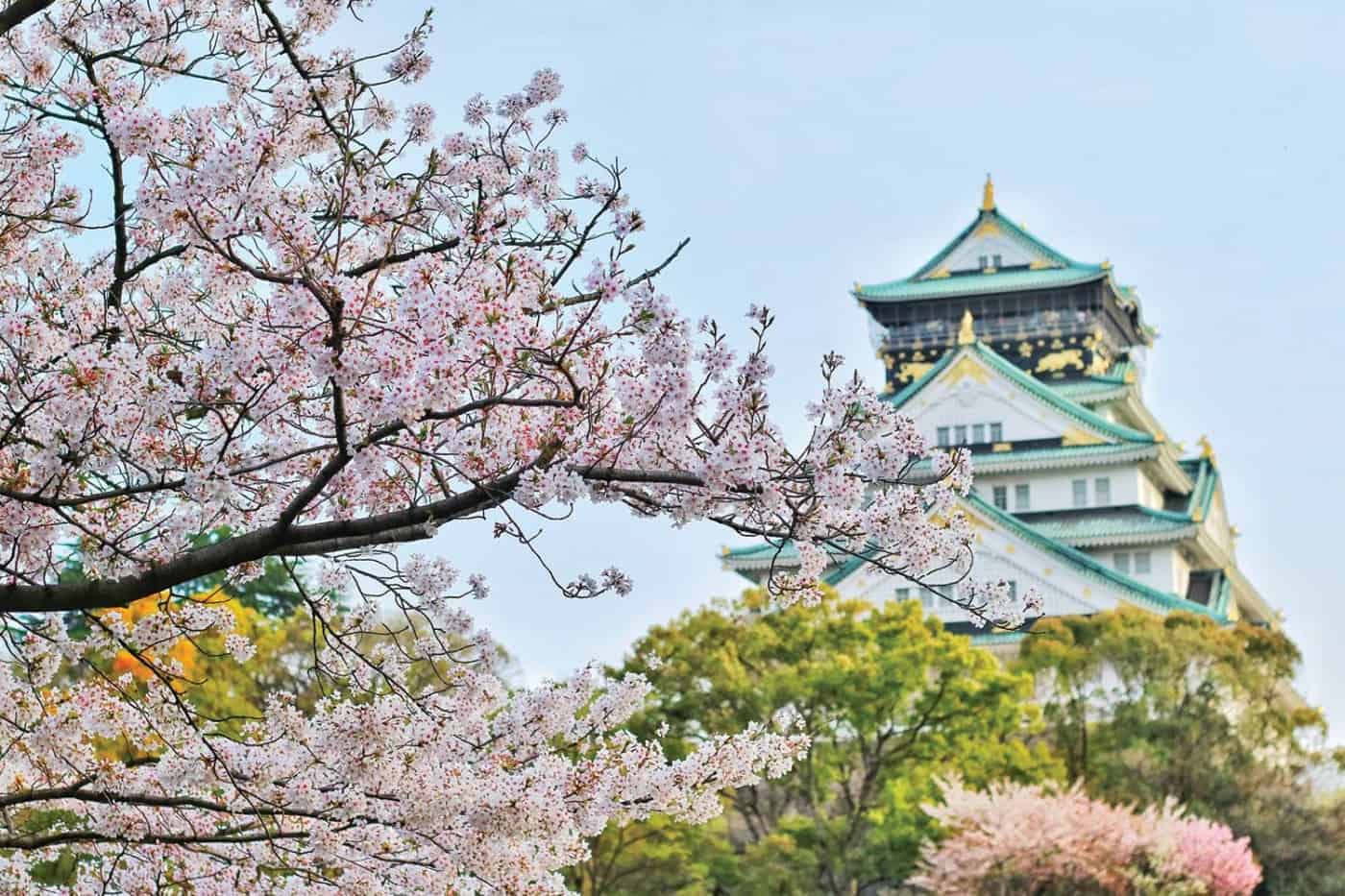 The go-to cities for most people when they think of Japan are Tokyo and Kyoto, but there’s nothing like Osaka, an underrated destination that isn’t too daunting for first-time travellers. It’s close to many bucket list getaways such as Nara Park, where free-roaming deers bow for food—and Busan just happens to be a train ride away. Here’s every reason why you’ll need to book a ticket to this charming prefecture now.

If you see a statue of liberty in this part of the world, you’ve found yourself in Amerikamura, a district with a loud personality that attracts fashionable, alternative individuals. A few spots to hit here include the Standard bookstore, Lilo Coffee Roasters, Alice on Wednesday (an Alice in Wonderland themed store) and Pop Sweet (which supposedly serves Japan’s longest ice cream cones).

Unique to Osaka is a style of boxed sushi, known as hakozushi. Instead of the traditional cylindrical shape, it looks like a cube, and often comes without the seaweed wrap. Try it at Yoshino Sushi, a long-standing restaurant that’s been serving hakozushi since 1841.

The Cup Noodles Museum is a quirky must-see for any cup noodle fanatic. Founded by Momofuku Ando, it has a tunnel of instant noodles on display, a dedicated tasting room, and a workshop that allows you to make your own cup noodles.

This neighbourhood features the best of everything in Osaka, from a kabuki theatre with an on-site craft beer brewery to the Hozenji Temple hideaway. A food paradise that runs parallel to the canal, it is the liveliest at night when it’s lit with neon billboards—though you may have to jostle through the crowd to reach the finest eats.

The award for the most stunning memorial park in the city goes to Expo ‘90 Commemorative Park, a wonderland with striking fields of flowers that bloom all year round, a quaint windmill, rice paddies, a horse riding area, and more.

Two top-notch restaurants in Osaka that have made it to the list of Asia’s 50 Best Restaurants are La Cime and Hajime. The former, which earned a Michelin star within its first year of opening, uses contemporary French cooking techniques on traditional Japanese ingredients. As for the three Michelin-star Hajime, each plate is an actual work of art, so beautiful you won’t want to eat them.

Gakutensoku is the name of the first robot ever built in Japan (birthed in 1929 in Osaka by biologist Makoto Nishimura). The automaton, which is able to write Chinese characters and move its eyes, cheeks, heads, arms and torso, got lost temporarily in the 1930s while touring Germany. Now, it rests at the Osaka Science Museum.

A moss-covered Buddhist statue (which you can splash with water for good luck) sits in the middle of the Hozenji Temple, a quiet little structure that dates back to 1637. While the rest of the street is bustling with food stalls and retail shops, this temple offers a cocoon of calm.

Osaka is so famous for its okonomiyaki that the city boasts its own style of the dish. For the uninitiated, it is a savoury pancake that comprises a mishmash of ingredients. A diversity of restaurants dedicated to the savoury dessert exists—Mizuno and Purejidento Chibou are among the fan favourites.

Though most visit Japan Mint to tour the coin manufacturer’s premises, its private gardens are the highlights. One of the city’s best-kept secrets, they turn into an extraordinarily picturesque spot during the cherry blossom season, with rows upon rows of pink trees providing a movie-like backdrop to all your selfies.

A thriving produce and seafood market, Kuromon Ichiba is frequented by local restaurateurs looking for the freshest ingredients and hordes of travellers, eager to experience the energetic destination. Besides raw ingredients, you’ll also find stalls with snacks and street food unique to Japan.

The defining feature of the Namba Yasaka Shrine is its entrance, which takes the shape of a giant lion’s mouth. It’s quite the grandiose sight, allegedly symbolising the devouring of evil spirits and the cleansing of worshippers.

Earn brownie points when you interact with the locals by learning the Osaka dialect. One of the most common words is maido, which can be used to mean “hello”, “goodbye” or “thank you”. If you listen closely, you’ll realise it’s a common greeting for restaurant and retail staff to say to their customers.

In this interactive aquazoo, some animals roam freely. Instead of caging creatures like lemurs, it allows visitors to get up close to them. Featuring seven sections, it includes an arts zone and a zone with white tigers, crocodiles, nurse sharks and penguins.

Few attractions are more scenic and soothing than the Osaka Castle, which symbolises the union of Japan in the 16th century. The traditional castle includes a museum with historical artefacts as well, while the surrounding gardens offer a tranquil environment to stroll in.

Bunraku is a type of classical Japanese puppet theatre that originated in Osaka, so where better to experience it than at its homeland? Hop over to the National Bunraku Theatre for a show and a permanent exhibition to admire the dolls and learn about the history of this art form.

Who needs the zoo if you’ve got Rockstar Cafe? For ¥1,000, you’ll get a lifetime membership that offers free admission every time you return to the exotic animal cafe. Here, you probably won’t be sipping on coffee or snacking on pastries. Instead, your time will be spent cuddling with lizards, chameleons, snakes and spiders—if you’ve got the guts to.

Round One is a mega mall bursting with arcade games, karaoke joints and indoor sports—it even houses a bowling floor and the city’s largest darts centre. With 11 floors of entertainment that’s open 24/7, it’s possibly the happiest place in Osaka.

If you’d like a taste of sumo wrestling, the best time to visit Osaka is in March when it’s the right season. Grab a seat at the Osaka Prefectural Gymnasium for one of the tournaments, and watch as two half-naked adults try to push each other out of the ring.

Tower of the Sun

Situated in the Expo ’70 Commemorative Park is the Tower of the Sun, an eccentric architectural gem by artist Tarō Okamoto that you can enter and explore. If you think its facade looks surrealistic, its interiors will certainly be even more so of an experiential treat.

A shimmering skyscraper of glass and steel, the Umeda Sky Building is a must-visit in Osaka. It allows you to savour the skyline from 170m above ground. There’s also an escalator that carries you from the 35th floor of the East tower to the 39th floor of the West tower, all while offering a stunning view of the outdoors.

More than just a hair salon, Vinyl’s Mix also carries a little library and a DJ booth. The brainchild of Japanese design studio Sides Core, it is an industrial minimalist space with concrete screen floors and plywood furniture that features an unfinished look. It might just be the most conceptual salon you’ll ever get a haircut in.

Wagashi is a traditional type of Japanese confectionery, typically made with mochi and served with tea. Sample these sweet treats at Shochikudo, a well-loved confectionery store located in the Suita district, known for its daifuku candy (fruit-stuffed mochi).

Shinsekai, or New World, is a neighbourhood in Osaka with a unique history. Built in 1912 with the cities of New York and Paris as its inspiration, it boasts a lively, retro vibe and even used to house an amusement park in the 20s. While you’re there, don’t miss your photo op with its iconic giant blowfish lantern.

Every August 24, Osaka comes alive with the Gangara Himatsuri, a fiery festival originating in 1644 that starts with intense fire rituals at the Atagojinja Shrine. Another elaborate annual event, which starts on July 24, is Tenjin Matsuri, where you’ll see about 100 boats on the Okawa River that ends with a firework display.

Zone out at Spa World

Have you ever heard of a spa-themed amusement park? In Osaka, Spa World offers a variety of European and Asian-style onsens, as well as an expansive amusement pool for the entire family to enjoy.

[Read: Penang: The Ultimate A to Z Guide]

[Read: Bangkok: The Ultimate A to Z Guide]