Spectacular Hotels on the Amalfi Coast 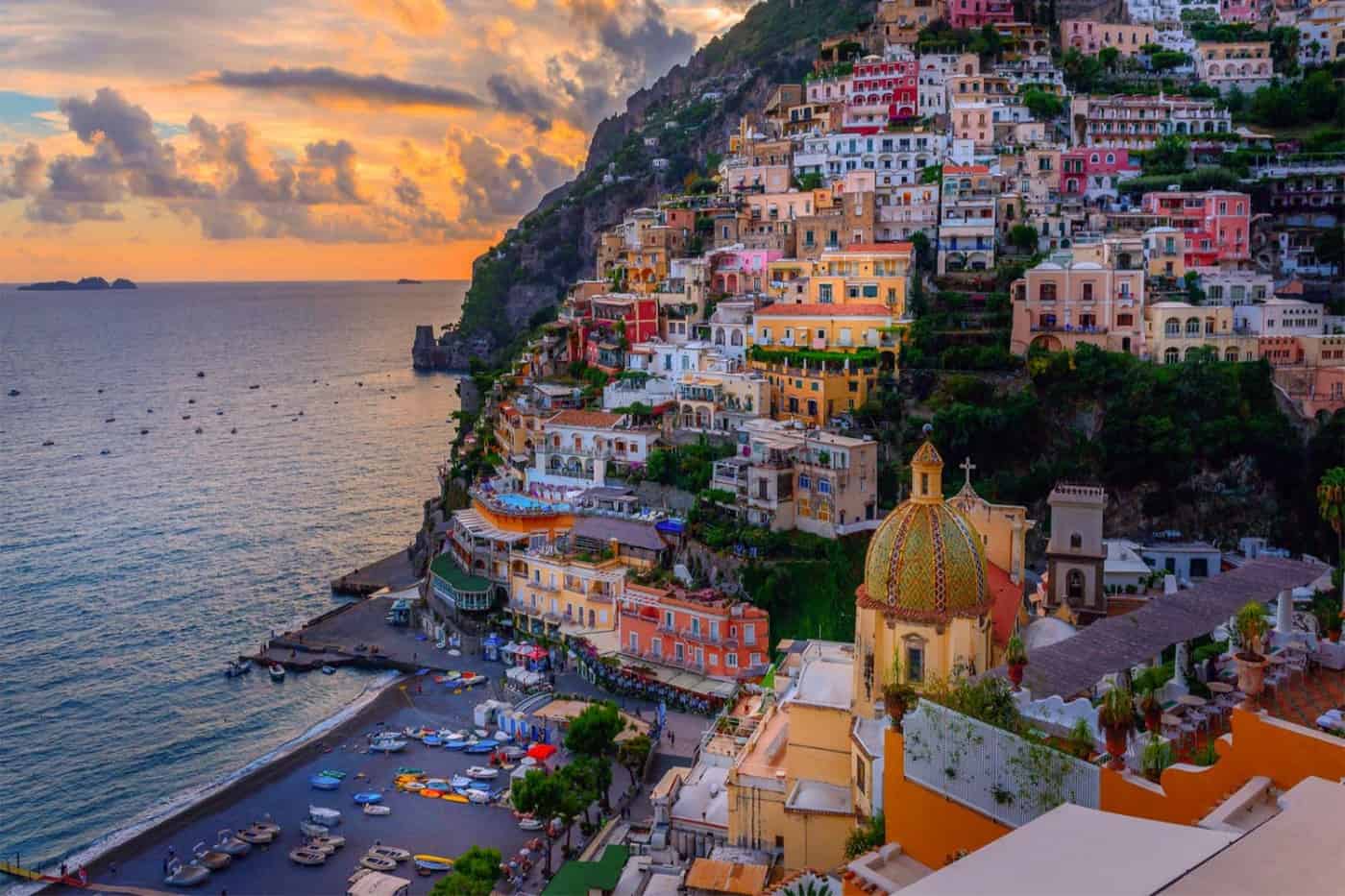 The Amalfi Coast is an outstanding example of Mediterranean landscape, and although difficult to maneuver, the spectacular views and picturesque hotels have visitors flocking in droves.

A late 19th century liberty-style villa located right outside Amalfi, Hotel Santa Caterina offers guests exquisite views of the Mediterranean. Opened in 1904, the hotel is run by the fourth generation of the founding family, which explains the exquisite hospitality. The suites are spacious and airy, sporting classic Italian interiors.

Important films like “Megami no hoshi” and “Amalfi” have even been filmed in the hotel. A delightful surprise: Hotel Santa Caterina has a glass lift that descends from the cliff to the lovely pool, bar, beach-shack restaurant, and sea.

Perched atop a cliff on the Amalfi Coast, this 17th-century monastery was given a stylish makeover by the collaboration between a local Neopolitan designer and Monastero Santa Rosa’s owner. With magnificent views and lavish facilities such as stacked gardens, this posh hotel is one of the most exclusive and luxurious in all of Italy.

What’s more, Monastero Santa Rosa has a fully-equipped spa with large-scale amenities that that include a sauna, steam, mosaic-tiled experience shower, hydro pool, and tepidarium.

Situated on a fairytale-like 12th-century palazzo, Palazzo Avino (formerly Palazzo Sasso) is Ravello’s most over-the-top hotel. A heated pool with an  underwater window, an al fresco gym in the garden, and a chic private beach club await to shower you with the R&R you come for.

The rooms are gorgeous, decorated with handmade Vietri tiles, antique carpets, furniture from the 18th century. A special concierge service is also available for your needs – from boat and helicopter tours, to booking hard-to-get tickets for the renowned Ravello music festival.

The only hotel in Positano with a direct access to a private beach, Il San Pietro di Positano is a 5-star extravaganza hidden away on the east of Postiano. Frequented by celebrities like George Clooney, Julia Roberts, and royalty, the family-run hotel offers a variety of amenities and services.

There are gourmet restaurants, private yachts for hire, a complimentary two-hour cruise from June to September, an scenic pool and terrace, a Swiss spa with cavier face, as well as body spa treatments and more available.