Off The Beaten Track: Kanchanaburi 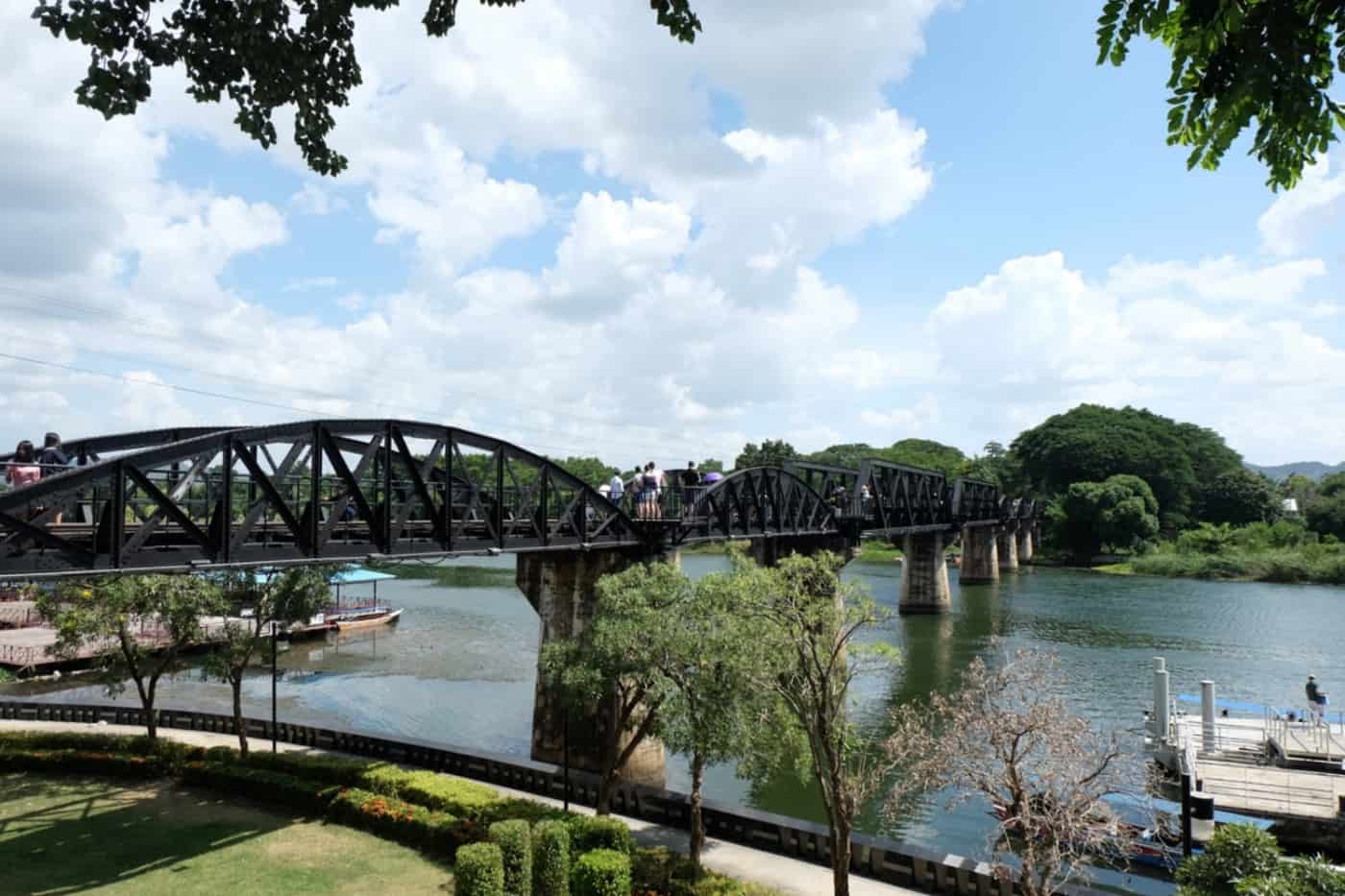 When you mention Kanchanaburi in Thailand, the first thing that comes to mind would be the Death Railway at the River Kwae (or Kwai as used in the movie “The Bridge over the River Kwai”). The Bridge is associated with the infamous Death Railway, which was built by thousands of prisoners of war under the supervision of the Japanese army during 1942 and 1943.

Kanchanaburi is 130 kilometres west of Bangkok or a two-and-a-half hour ride by car. Most visitors on a one-day tour would start early. The first stop is usually the JEATH War Museum. JEATH is the abbreviation for Japan, England, America, Australia, Thailand and Holland—the countries involved in the construction of the Death Railway.

Construction of this railway began in September 1942 at Nong Pladuk in Kanchanaburi province by 30,000 prisoners of war (POWs), which included conscripted labourers from India, Malaysia, Singapore, China, Indonesia, Burma and Thailand. An estimated 16,000 POWs and 100,000 conscripts perished because of diseases, starvation and torture.

At this simple and rustic open air museum, the main attraction is a long bamboo hut (a replica of the POWs’ quarters). In it are countless photographs, drawings and newspaper clippings depicting the plight, struggle, deprivation of basic living standards and the hopelessness of the POWs. There are also articles by former POWs and their relatives. Nearby, there is a display of a motley collection of items such as pistols, knives and bombs dropped by the Allied forces to hinder the transportation of Japanese troops between Thailand and Burma.

A few kilometres away is the war cemetery where some 6,982 POWs from England and Australia are buried. The well-manicured garden with an imposing cross in the middle provides a sense of calming serenity for visitors who are usually either friends or relatives of those who had lost their lives.

Each poor soul was represented by a rectangular plate, stating the name, date of birth and the regiment or division he came from. Interestingly, there was a female POW from Holland who was pointed out to me by the garden keeper.

The sequel to all this is to view the Bridge with the Railway running over it. The original wooden bridge has been replaced by a steel one and a single rail track runs on it. A train does a daily run three times through this bridge. You can buy a ticket from Bangkok, which will take you to Nong Pladuk and beyond.

If you take the train across the Bridge, you will view the Wampo Viaduct, also built by POWs. Eighty kilometres from the town is Hellfire Pass on the disused section of the track after Nam Tok. A memorial was built for the 13,000 Allied prisoners and the thousands of Asian conscripts who died building the Railway.

As this is a key tourist attraction, there are floating restaurants on the river banks, a cluster of souvenir shops and even an enterprising violinist busker playing the theme song from the Bridge Over The River Kwai movie had been seen fiddling away at the side breaks of the bridge from morning to dusk.

Up to last year, there was another major tourist draw. This was the Tiger Temple at Wat Pa Luangta Bua Yannasampanno, which is 38 kilometres away from Kanchanaburi town. The Wildlife Sanctuary, which takes its name from Abbot Luangta Maha Bua, has since its opening in 1994 become known as a shelter for wild animals, particularly tigers.

In its infancy, villagers brought in unwanted pets and later, wild animals merely wandered in. Besides tigers, there were also wild boars, deer, wild goats and jungle fowls roaming freely in the grounds of the 688-rai (about 1.1 million square metres) forested monastery.

The first tiger cub arrived in poor condition in February 1999. Despite the care showered by the monks, the cub died five months later. A fortnight later, two male cubs seized from poachers were given to the monastery. Another two more male cubs were donated by the local villagers. Soon, a seizure of four female cubs from poachers by the border police added to the growing family.

Realising the shortage of space for the majestic beasts, the monastery has been constructing a ‘tiger island’ to allow the tigers to roam freely.

The tigers were kept in cages and were taken for their morning and afternoon walks. That daily ritual was the highlight at this sanctuary for tourists who paid 500 bahts (over S$20) to walk beside them and have their photographs taken at Tiger Canyon, a designated area where they have their afternoon nap.

The monastery, which also has student volunteers, takes great pains to highlight that they do not drug the tigers that appear to be extremely docile.

The authorities have since then closed this sanctuary and had the tigers removed after finding that that monastery was involved in illegal breeding and trading of tiger products.

If you plan to stay longer, there is Erawan Falls, a 550-square metre national park. The major attraction is a waterfall named after Erawan, the three-headed elephant of Hindu mythology. The falls has seven levels dropping over 1,500 metres and it is considered one of the most beautiful in Thailand. You can walk to each level and even take a dip in some of the pools created by the falls.

An overnight stay is required and there are a few top hotels, one of which is Felix River Kwai Resort, a five-star accommodation with rooms that face the river.

Culture
Tom Tandio: A Journey of Self-Discovery Through Art
Bonds
The Secular Stagnation Reality Revisited
Travel
Trekking 800km across Mongolia
Travel
5 Luxury Cruise Ships For the Most Epic Voyages
Insights
The Subtle But Powerful Ways to Gain Respect at Work