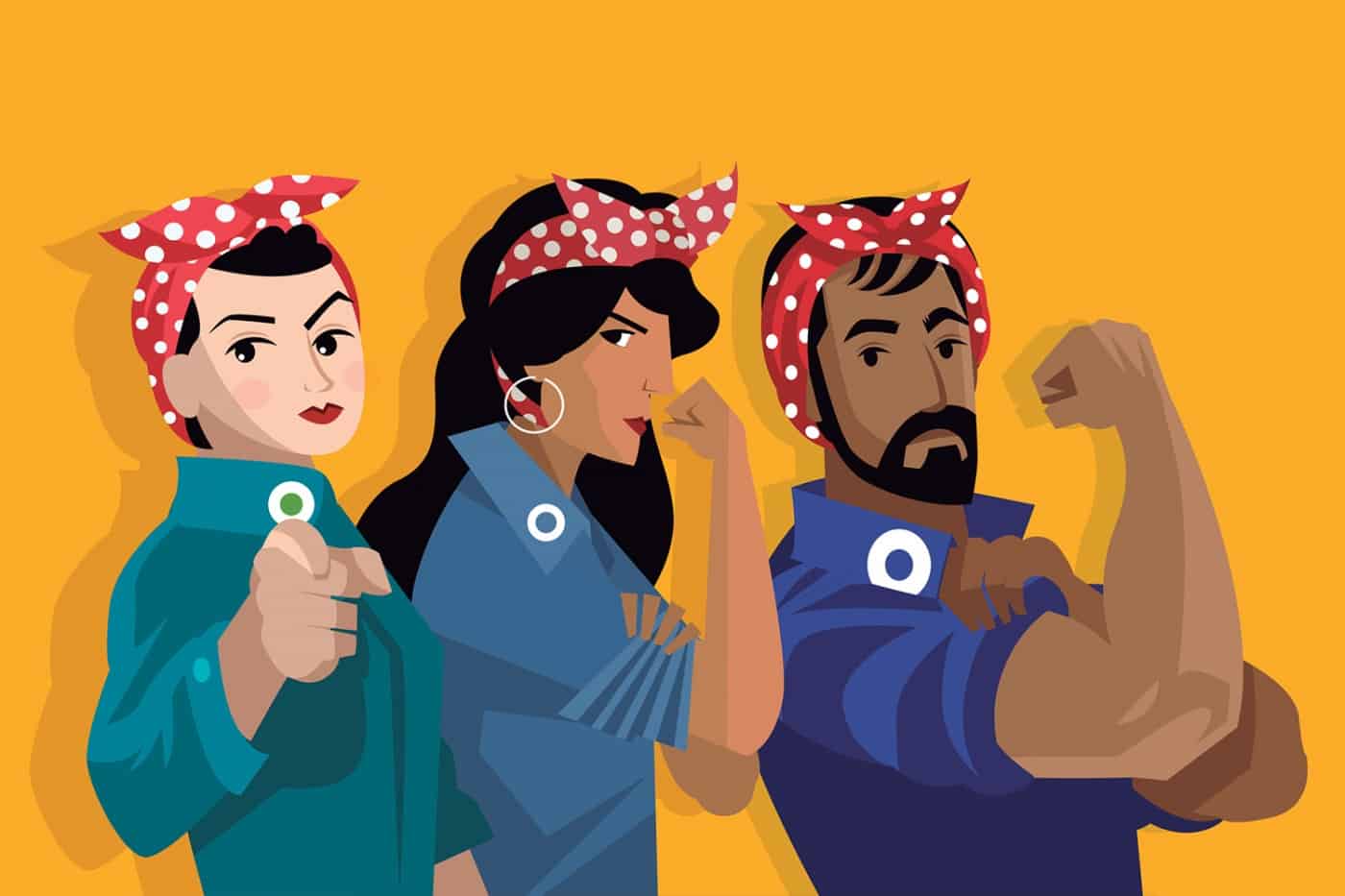 What is a feminist? Someone who fights for the quest of equality between the sexes? Someone who refuses to stay in the domestic realm of the kitchen? Someone who insists on doing National Service and upturning prescribed gender roles?

Is Mulan a prime example when she takes her father’s place and pretends to be a male soldier? Or Amelia Earhart, the first woman to jet across the Atlantic Ocean on her own in a male-dominated aviation industry?

How about metamorphosing into a non-traditional, non-conformist woman, who participates in fields, activities and customs generally reserved for the more well-endowed portion of society muscle-wise, and breaks every stereotype imaginable?

For many, the label itself still feels like a dirty word that describes the unapologetically bold and controversial. We say feminist, and they think man-hater. Misandrist. Bra burner. Radical liberal. Gender Nazi.

A woman who lifts weights, butchers meat and paddles for a dragon boat team is not a woman at all, but one of the guys. A weirdo, a tomboy, an alien who has suppressed her inner queerness. On the other side of the spectrum, being meek and girly somehow negates one’s right to identify as a feminist.

So what can one do to accumulate more girl power? Here’s what we concocted: the ultimate laundry list of things one can embark on to subvert gender expectations as a woman.

1. Be a football quarterback, knock out your teeth at a rugby game, and pass out in the boxing ring.

2. Learn how to play the drums and demolish it at a heavy metal gig.

4. Go to Danny Trejo’s tattoo parlour—or whichever one that looks like a smoke machine and is blasting Iron Maiden head-bangers—and cover your body (including your face) with bloody daggers and maggot-infested skulls.

5. Join the military, and work your way up to be appointed as lieutenant-general.

7. Become best friends with a blow torch and a jackhammer. Work them into your daily makeup routine.

9. Start hunting for your breakfast, lunch and dinner.

11. Get really into taxidermy.

14. Fix a car without relying on YouTube video tutorials.

18. Treat your neighbourhood bar like a therapist’s office, and chug loads of beer—one jug every time you’re tempted to spill your feelings—and challenge every man you see to an arm wrestle.

19. Greet everyone with chest bumps.

20. When you’re drunk enough, pick up a guy with a lousy line, delivered with absolute, unflinching confidence.

21. On dates, open the door, pull out the seat, and pick up the tab for the man.

22. Walk on the side of the pavement that faces the road to protect your man from urban calamities such as oncoming traffic and puddles at all times.

23. When the time comes, 15 years later, after missing countless hints and enduring all of his pleas, propose to the guy you’re dating.

24. Get him to take your name, and have your children do the same too.

25. Earn so much more than your spouse that he has the freedom to become a house husband.

26. Be emotionally unavailable to everyone around you, especially your family.

27. Have your kids grow up to refer to you as the stone-faced disciplinarian who “just showed love differently or not at all”.

28. Express all emotion in unadulterated anger because you don’t know what vulnerability or sadness is.

29. Smash whatever glass or ceramic object that’s around you on your head, every time you receive a shot of joy. Do it while bellowing, “ahhhh!!!” with a magnificently menacing smile on your face. Project that baritone yawp from the bottom of your phantom testicles.

31. Attempt the Haka every chance you get without actually learning the meaning of the chant because you like thumping your chest, sticking out your tongue and growling like a savage beast.

34. Break a bone while doing a stunt. Laugh it off, and continue what you were doing.

37. Go as long as you can without washing your underwear.

40. Complete the transformation, and grow a beard.