Educators Who Care: The Reason Behind Raffles Education’s Success 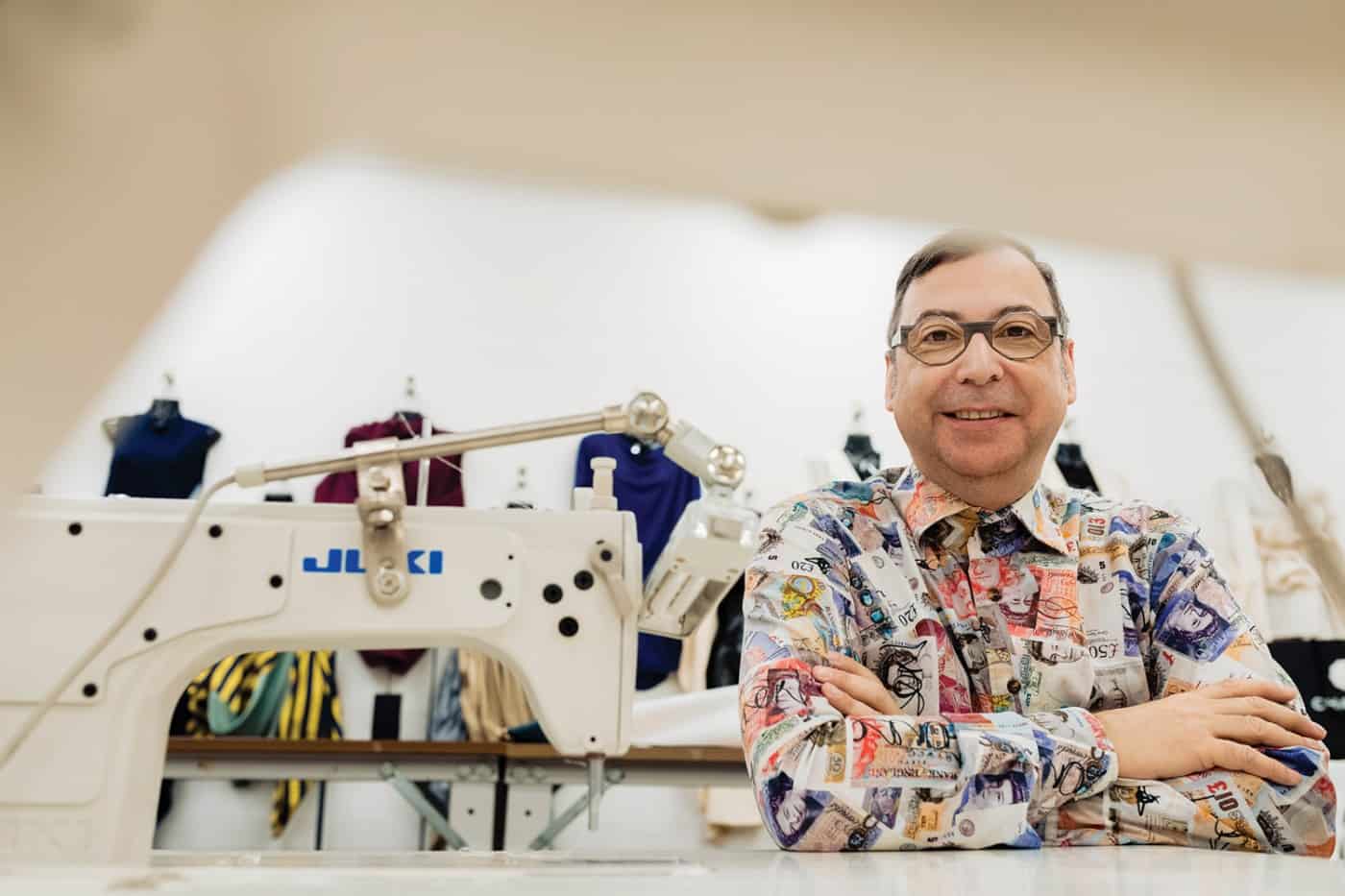 23 universities, 21 cities, and more than 20,000 students. Few private schools in Singapore have reached such a spectacular level of success like Raffles Education—and there is a reason for it.

A locally headquartered establishment that is also mainboard-listed, Raffles Education offers diverse tertiary programmes that run the entire gamut, from design to science and technology, language and business. While Singapore remains as the nucleus of its network, the college has taken giant leaps into both regional and international markets such as Italy, Switzerland, China, Mongolia and India, just to name a few.

On top of providing educational services, Raffles Education invests in similar assets around Asia and Europe, and is most known for its fashion curriculum. The first private school to launch a fashion design academic programme in this city-state, the Raffles College of Higher Education is four-year EduTrust Private Education Institute registered with the Committee for Private Education, Singapore.

At the centre of this global brand is Joe Spinelli, the Principal of Raffles College of Higher Education who has been with the college since 1993—a mere three years after the business planted its first college in Singapore. Yet, he does not look like the average paddle-wielding principal who sits behind an imposing desk in an office most would tremble to enter. Indeed, he is more than just a glistening name plate.

“In Raffles College of Higher Education (Singapore), I’m not only the principal. I’m also programme director of Fashion Design, Fashion Marketing and Jewellery Design. Besides that, I’m also the academic link advisor for Fashion Design, which means I frequently travel to other Raffles campuses to share best practices and provide academic reviews of progressing students’ works,” says the erstwhile head designer for a slew of leather and lingerie house labels. These multiple designations are not to embellish a resume though. Rather, it is proof of Spinelli’s dedication to education.

The hallmark of a superior institution is having educators who care, and Spinelli is one of them. To him, teaching is not about reading off a textbook to a bunch of half-listening kids, or forgetting about your students the moment you leave the classroom. It is about helping each student reach their full potential, and that means having empathy and paying attention to the distinct characteristics of each person. He shares, “To teach design is no different from coaching or mentoring as each student is unique and has a different design philosophy and aesthetic towards design.”

Spinelli also values openness, humility and flexibility. Not one to enforce absolutes or expect his opinion to be the only one that matters, he is uncommonly forthcoming to learn from his protégés. “The greatest challenge as an educator is always making the effort to have an openness towards criticism, new experiences or experimentations, and also towards students who have limited exposure to culture, art, and even emotions. This is why an educator must have patience, and be able to provide guidance while encouraging two-way communication,” says the principal, who counts his students and their “unique perspectives towards design” as a constant source of inspiration for him.

It is this flexibility that keeps Raffles Education at the top of their game. Besides gathering feedback from teachers and industry partners every two years, the college makes it a priority to speak to students to ensure that the curriculum serves their needs and exceeds their expectations. The institution also doesn’t shy away from making revisions to maintain industry relevance, while leaving room for students to be creative, innovative and entrepreneurial.

Spinelli, who continues to teach classes despite his many responsibilities, keeps a close relationship with his students as a way to not only assess the quality of the curriculum, but also better understand them as individuals. “It is important to engage with the students to understand their individual motivations in relation to their future aspirations. Through teaching, I constantly and continuously pick up nuances and identify their unique learning requirements as first-hand feedback. To remain relevant to students over time, such information enables me, as an educator, to further enhance my teaching methodologies,” he says.

As a result, he has produced a multitude of top graduates, who have won countless fashion competitions and gone on to establish some of the foremost independent fashion brands in Singapore, such as Sven Tan and Kane Tan of In Good Company, and Sean Loh and Sheila Agatha Wijaya of Sean Sheila.

Sean Loh, a Fashion Design alumnus, recalls, “Professor Joe Spinelli was the most memorable figure during my studies at Raffles. His hands-on approach with the students truly inspires us to be better at our craft.” These alumni are a testament to the efficacy and superiority of Raffles Education’s learning culture, providing a safe yet challenging space that pushes them to grow and hone their craft. The work environment at Raffles mirrors that of professional design organisations, which allows students to get used to the culture and assimilate themselves into the “real world” effortlessly upon graduation.

“This studio culture promotes constant dialogue between students and the mentor, similar to the working relationship between designers and their supervisors or clients. It is a professional, two-way communication over a topic of interest without preconceived limitations or defined boundaries,” explains Spinelli.

Sally Tay, who is currently pursuing an advanced diploma in interior design, shares that one of the ways the college equips its students is by getting them to learn with speed, which prepares them for the competitive, fast-paced working world.

Fashion undergraduate Andrew Low adds, “Raffles preps designers with all the skills and knowledge and strongly encourages them to join many international design competitions. This has helped me gain experience, enhance my portfolio, and has allowed me to network with people from the industry.”

Echoing this sentiment, Wayne Goh, a Raffles Product Design graduate, recounts how the college highlighted to the government a project that he did in 2016, where he designed a residential joss paper furnace, which led to an increase in customer base.

Beyond cultivating technical and theoretical mastery, the college also emphasises on the intangible, inner values of perseverance and self-rejuvenation. Spinelli explains, “Success or recognition of achievement is not immediate, and some good designs might be introduced when consumers are not ready for the change. However, these should not be considered as setbacks. Therefore, it is important that graduates enjoy the creative process and not be disheartened by initial slow uptake of their ideas. In other words, persevere!”

He adds, “Graduates who are successful should not be stagnant. Besides growing together with the faithful supporters of their designs, as designers, they should constantly refresh their perspective and rejuvenate their designs to build sustainable products or brand for the evolving clientele. This is the other attribute that we instil in our students to take with them beyond Raffles.”

Unlike conventional public academic institutions, Raffles Colleges allow students to start their semesters at four different times: January, April, July and October. This flexible feature is one of the reasons why Tay chose to study there. She says, “There is often concern that most graduates in Singapore complete their studies at the end of the year, making it a tough period of time to obtain a desired job. Raffles, however, has the flexibility of having commencement four times in a year, meaning students may graduate at different times of the year. Hence, this definitely helps to increase my employment prospects, which other education providers might not offer.”

Raffles Education doesn’t stop at grooming individuals within the four walls of a classroom either. From the first day to the last and beyond, it cares about helping students fulfil their goals and is highly involved in the careers of graduates. “I think Raffles prepared me tremendously. Everything I learned in Raffles, I was able to apply in my career as an independent designer. In fact, I wish I had another chance to study everything again. Even after graduation, Raffles would include me in opportunities to experience retailing our brand as well as presenting in fashion shows, says Loh, who founded his fashion company, Sean Sheila, in 2015, a quirky luxury label that was named the New Emerging Brand of the Year by Elle in 2016.

Reflecting on the influence he has on the graduates, Spinelli expresses, “The mentorship with them goes beyond classroom interaction and continues even after graduation.” He adds, “Such a relationship that extends beyond mentor and student withstands the changing economic cycles and the test of time, and is irreplaceable.”

Despite his bold, fashion-forward dress sense, Spinelli portrays a character that’s far from being conceited or self-centred, and shares the spotlight with his colleagues whom he considers are “more than just teachers”. They, too, embody the excellence of private education, without skimping on the personal touch. Likewise, Spinelli credits his mentor, OBE professor Maureen Wayman, as the reason for his success.

Formally the Pro-Vice Chancellor and Dean of the Faculty of Art and Design at Manchester Metropolitan University, she was also a member of the Executive of the Council for Higher Education in Art and Design and co-organised their Leadership programme. In recent times, she acted as visiting professor to the Universities of Leeds and Chester and chaired the Governing Body of Norwich University of the Arts. She currently sits on the Board of Trustees of the Head Trust that supports and funds art and design-related projects. The multi-tasking industry veteran, who is an Honorary Fellow of Ravensbourne London, has also been an external examiner and adviser with Raffles Education since 1999.

“I look up to Professor Wayman for her nearly 40 years of dedication in her field,” says Spinelli. “I wish to contribute to the Singapore and Asia fashion and design education and industry in a similar manner, and most importantly, to continue to impart knowledge—traditional craft and new technology—and to re-invent myself for (as Yves Saint Laurent once said) ‘Fashions fade, Style is eternal’.”

When asked about the proudest moment in the 25 years he has been with Raffles Education, he points to the time in 2014 when the Asian Couture Federation awarded him with the Outstanding Contribution to Fashion Education Award. Without missing a beat though, he continues, “But it’s not all about me, of course. I’m also always immensely proud when I see our graduates continue to make waves in the design industry. What drives me is keeping the fashion design techniques and craftsmanship alive—that has always been my core passion.” This passion is why Spinelli has never felt that he’s been “doing the same thing” all these years, and why Raffles Education remains a top choice in private education.

This interview is part of Influential Brands® series. InfluentialBrands® recognises Brand Excellence & Leadership in Asia. Through our unique channels and methods, InfluentialBrands® aims to be a platform and champion of brand thought-leadership. The programme is tailored to enrich brands’ relationship with their consumers through meaningful conversations and engagement.

Dining
Table 65: Come For Food, Stay For Dutch Courage
Insights
Me Stupid, You Smart, Me Rich Ape in the Metaverse
Insights
Create a Shadow Board to Stay Ahead of the Curve
Features
What Mindfulness Is and What Meditation Isn’t
Property
Oakwood Sets its Sights on Opening First Myanmar Property in Yangon