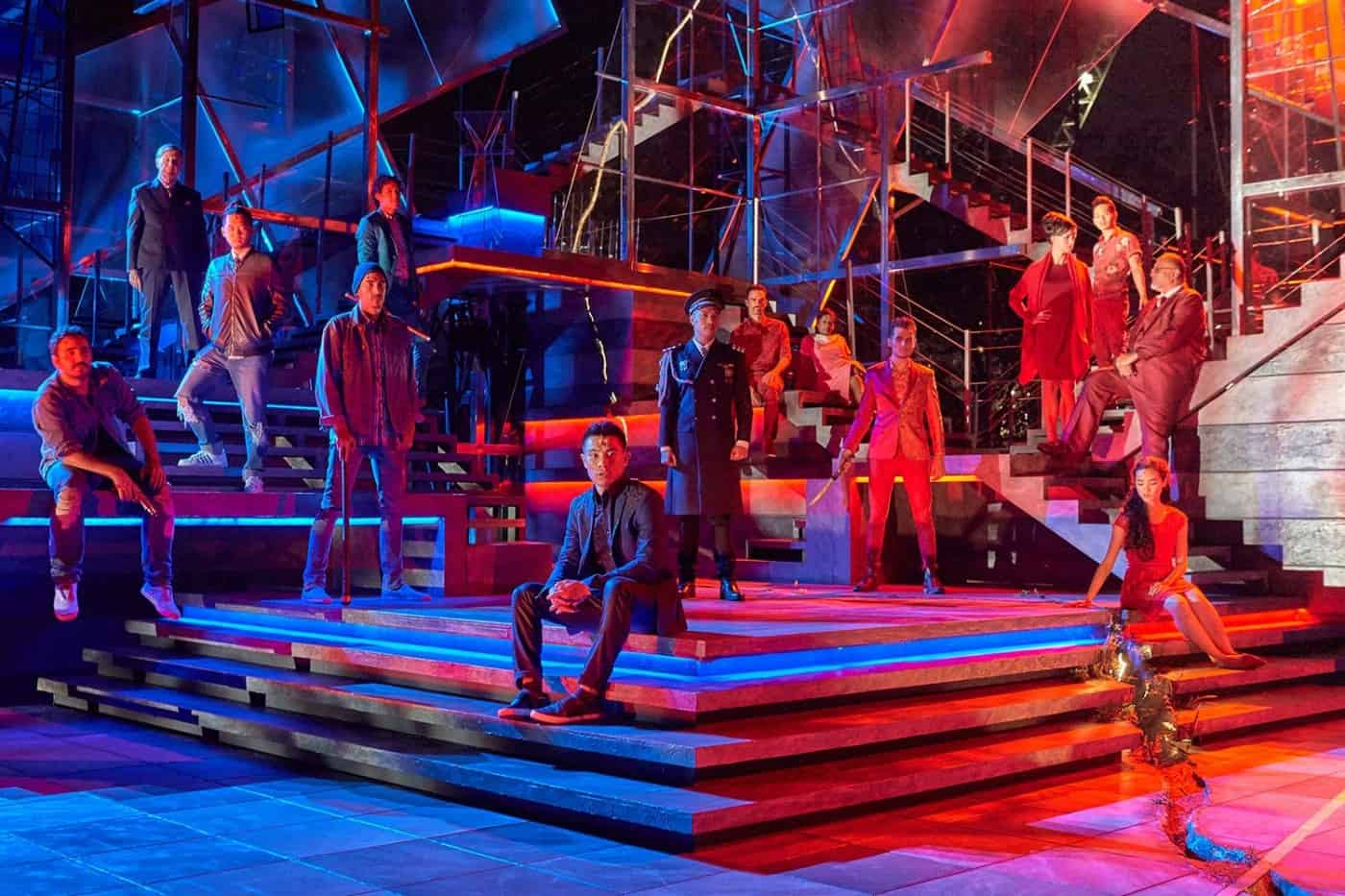 Editor’s Note: In this new series, I want to shed light on the word ‘risk’ which may seem very daunting and scary to some, but is it? There is a societal perception that risk involves the potential of losing or gaining something. And more often than not, the fear of incurring a loss is what holds people back. It’s not the decision or the situation that risk presents, but the thoughts that envelope your mind, which heighten everything. Once you get past the moment, I don’t believe that one loses in the game of life. In fact, the losses are what make winners better individuals.

You are about to read our very first story on risk, and I fought hard for this story to be told, because behind every successful person is a journey filled with risks.

Coming to Asia was probably the best move I ever made. Did I ever imagine in my wildest dreams that I would end up running Singapore’s largest theatre company? Never.

I always knew that a life too predictable would kill my gumption, but Singapore? Had you asked me in my 20s, I probably didn’t even know where Singapore was.

Bored with my life in Copenhagen, and not being the best version of myself, I decided to connect with a former colleague, who was planning to start a dotcom business in Asia. Four days later, the contract was signed, and I was getting ready to leave for a new chapter of my life. My family and friends thought I was mildly crazy. Start a company? Travel to the other side of the world alone? What if it didn’t work? Countless ‘what ifs’ enshrouded my mind.

Loads of things could go wrong… and in many ways they did. Our business case wasn’t thought-out properly, so whilst we made a lot of great connections and had marvellous ideas, we didn’t earn enough to sustain our business. Nobody at that time made money on the internet with an ad-based revenue model through content.

Despite wonderful support from EDB, we simply weren’t ready to expand to Asia, and I had to close the company down after seven months. The dream of making it big in IT, with the eventual goal to sell the company and retire very young, did not quite pan out the way I wanted.

I wasn’t ready to go back to Denmark—it was too soon—so I made a phone call which became a game changer. That particular conversation gave me the right perspective and helped to frame my decisions on how best to move forward. Sometimes, all you need in life is a reminder to set you on the right path. Having worked in the theatre industry before in Denmark, I realised that was where I had felt most content and excited about work.

My friend happened to sit on the Board of Singapore Repertory Theatre (SRT) and made the introduction on the spot. Suddenly, a new door opened up for me at SRT. It did take some persuading though, to hire someone who had only been here for a short time.

It was a risk on SRT’s part and mine as well, but after 16 years with the company, I think I have earned my stripes. What I brought to the table was my experience from the more mature arts scene in Denmark paired with my business background. Although we are a charity organisation, our approach is to think and function like a business. After all, we have to ensure that we can provide stable employment to our team, pay the bills and invest in capacity building and new productions, with the ultimate goal of making theatre a part of everyday life to a large number of people.

It hasn’t always been smooth sailing, but the work that we do building a tradition in theatre—offering a stepping stone for young people to have a career in the arts, and seeing so many people laugh, cry and debate about life through our performances—makes me so insanely proud.

The challenges running a theatre here are different from Denmark. Although we do get a fraction of government funding, it’s not sufficient to foster greater awareness, which is why we’re always looking to connect with businesses and patrons in new and engaging ways. For the very first time, we will be launching our crowdfunding campaign to keep Shakespeare in the Park alive. Aside from raising funds, we do need support from our patrons because less than 1% of donations in Singapore goes to the arts. This is an amazing opportunity for SRT and our peers to create more conversations about the importance of the arts—and to support it. In the past, Shakespeare in the Park has brought people from all walks together, and as the biggest picnic of the year, the combination of great theatre, food, wine, family and friends in a beautiful park, can be an irresistible allure.

I feel incredibly lucky to love what I do, and Monday mornings are always something to look forward to.

What started out as a risky career move, became the most rewarding life choice. I took a chance, learnt more about myself along the way, and 17 years on, I’m still here—just not in IT.