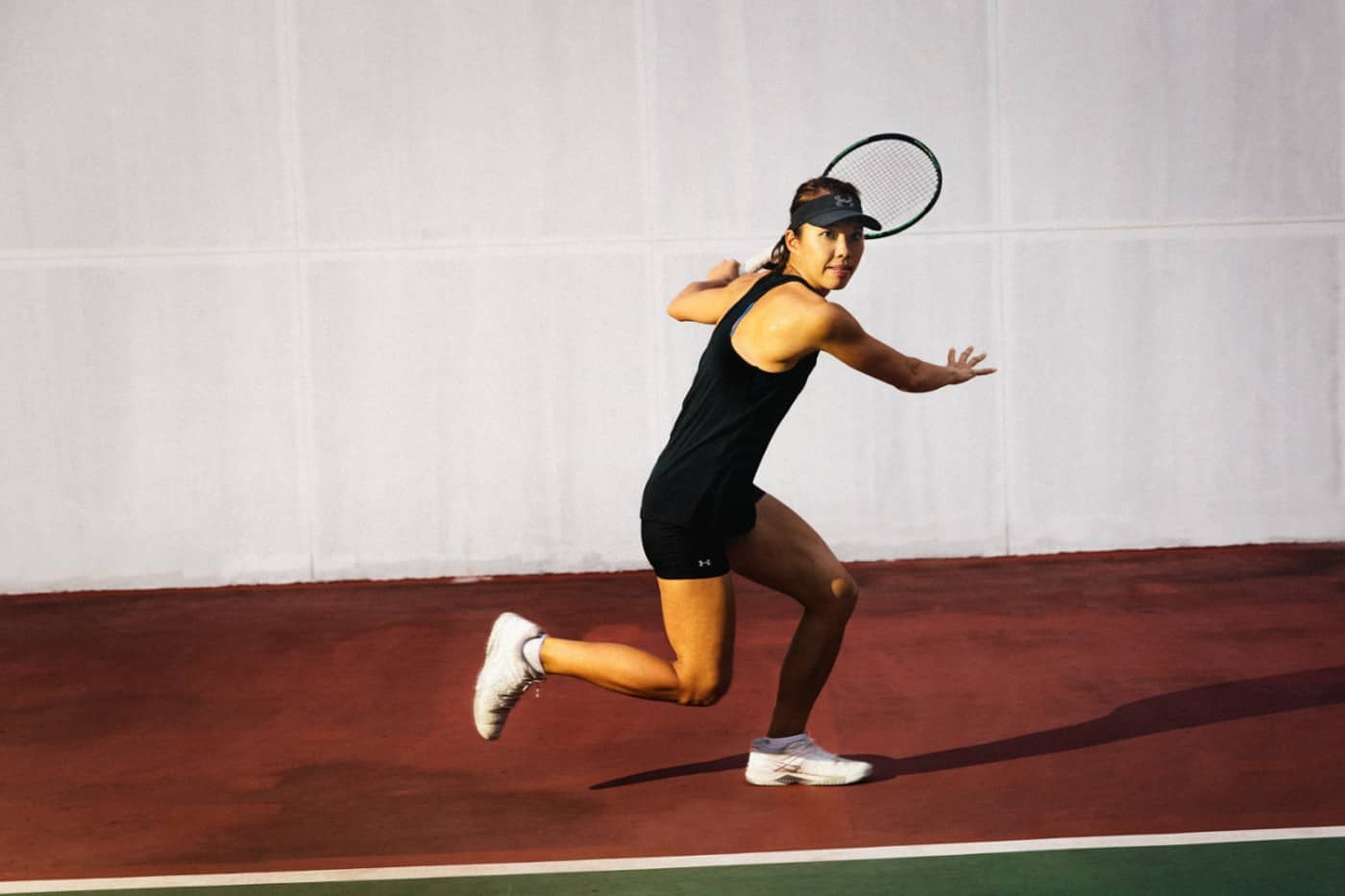 Editor’s Note: Sometimes the most poignant stories are never told because not every person wants to go through the pain of chronicling how they felt at each point in time. Some give into the pain, while others embrace pain in its full glory. Despite how lonely one feels, the ability to talk about it, unites people.

“Our education from the start has taught us a certain range of emotions, what to feel and what not to feel, and how to feel the feelings we allow ourselves to feel. All the rest is just non-existent… This feeling only what you allow yourself to feel at last kills all capacity for feeling, and in the higher emotional range you feel nothing at all. This has come to pass in our present century. The higher emotions are strictly dead.”—D.H. Lawrence, Apropos of Lady Chatterley’s Lover

He looked at me under his slightly slanted, drooping eyes. His hands akimbo, leaning back deep into his chair, splaying his legs in a wide stance. The cold office had rarely been a friendly place, and I could feel the air starting to numb my cheeks. Perhaps it was wrong of me to have hoped for some warmth.

“You should stop trying to be elite, Sarah,” He cut to the chase, brushing aside the conversation, driving home his point.

“Because if you were, you would have been under our support system already.”

As a Singaporean athlete who constantly strives to be the best version of myself for my country, his words took me by surprise. They stung hard, with painful truths. I remember seeing a small smile creep across his face as he spread his hands. To be honest, I mainly remember how those words made me feel.

I am a Singaporean professional tennis player. Some of you may have heard my story. You’re probably expecting an article about how choosing this career path has been the riskiest thing I’ve done to date—especially in cosmopolitan, utilitarian, capitalist Singapore.

But no. Not quite. I view my career rather differently. Yes, players struggle with funding, sponsors, with the way people, systems, and bureaucracies tend to view us through a hard dialectic of pure wins and losses, criterion met or profits gained. It is not easy to navigate. But far from that, opening myself up to this has not been my biggest risk. Instead, this journey has opened me up, to feel.

Feel. That is the riskiest thing.

It is easy to misunderstand the idea of ‘feel’, though. In our society, we tend to prioritise logic over feeling—the latter oft caricaturised as a floozy, nebulous, unreliable guide. Having the propensity to ‘feel’ for something has, over time in a tide of culturally conservative norms, become a sign of being ‘too emotional’. In unspoken terms, it can be seen as an underlying indicator of intellectual weakness, even effeminacy.

I suspect, though, that society brushes one’s capacity to feel with prejudice, because we’re actually afraid of the power true, honest, heartfelt feelings can illicit in individuals. There is a role that logic plays. But it is and should not be one prized higher than the importance feel plays in decision making. Whether in work or relationships, I find we tend to stop ourselves from truly thinking about how we feel about something. Or bite our tongues from really expressing ourselves because of the possibility of rejection. Similarly in relationships, being honest, means being vulnerable—and we often shy from such chivalry because you don’t know how the other party will respond. Simply put, you don’t know where that feeling will take you. So, you would rather not risk it.

In tennis, it has been said a normal individual will never come close to experiencing the depth and range of emotion that a competitive player experiences in a single match. I’m not sure how true that is, but it is true that what we feel on court is cruelly intense—and I think that comes with the nature and sheer difficulty of this sport.

Tennis is fitness and strength, married with the need for high degrees of agility, coordination and flexibility. Your body is constantly responding to a moving ball, requiring you to control three elements: vision, speed and feel simultaneously. Both technically and mentally, it is about being hard and soft at the same time. Calm but fierce. Relaxed but intense.

But here is the trick: To be calm you have to feel calm; to be fierce, you have to feel fierce. But what if you had to be both? How do you deeply assume both roles, and still operate with peace within yourself? When I practised this with my coach in California, applying the two concurrently got so mentally and physically intense, smashing my racquet felt like the only way to quench the fire in my head and the burn in my lungs. A lot of success in tennis boils down to balancing the mental aspect of the game—deeply feeling intense emotions that come out of a supposed failure or success on court, and yet being able to control them, in order to move on and do the next right thing. The only way to harness your feelings, is if you can practise patience and a willingness to understand yourself, first.

“It is depression!” He exclaimed, his eyes widened as his voice went a pitch higher in protest. We sat at a bar, soaked in the evening sun in KL, and I looked down at my napkin at the table, the sides of my mouth upturned as I grudgingly accepted the possibility.

“Of course it is!” His protest, again, rose strongly above the music blare.

Barely a few months ago, I had just $1.87 in my bank account. Despite my best efforts in working tirelessly over 8 months with a potential funding partner, I was told at the very end that they I did not meet their prerequisites for support. Systems were yet to be in place to seriously consider cases like mine.

For some reason, when I got the news, I cracked. It was somewhere between feeling I had been led along for 8 months, matched against a real, deep need for funding help, that things started getting exponentially more difficult. This KL friend too, had once shared how he had been brought down to RM4.32 in his bank account. It was one of his most difficult seasons to keep believing that things would turn, and somehow, I needed someone who could understand. I confided in him with downcast eyes that when I cracked, for the next few days, I could not stop crying.

I hated it. I hated this lack of control. I hated feeling such deep loneliness and desperation—I could feel it pulling me down and sticking to my soul like septic glue. The tears would come at will too. Fast, strong, heavy, and on one particular occasion it got so bad, I had to park myself underneath my block after practice, to let everything out because I didn’t want my parents to see me like that. These weren’t little sniffles you could dab away with a piece of tissue. These were painful, gut wrenching, soundless tears of deep frustration.

When was good enough, ever good enough to warrant help? Or just a little faith?

Kevin Hart the comedian recently shared on a radio interview that he once planned to be a stripper. He was in college, money was dry, and out of desperation he started getting outfits and planning an actual stripping routine. As crazy as it was, it took one of his buddies to shake sense into him. “Yo, what the hell you doing? Stupid. You go out there and you take your lumps!”

From that, he realised that it is not bad to struggle. Human beings have a tendency to want a quick fix, an easier way of escape. There is shame attached to struggle. Shame attached to sitting underneath your HDB void deck, bawling your eyes out with snot streaming down your nose. What if a neighbour sees you? What if someone takes your picture?

The path upward is never a stagnant one, and neither is it a shameful one. As painful and as strong a marker that day under my block served, I knew that that was exactly where I was supposed to be. I was meant to feel the depth of these feelings, to feel frustration stilt the breath in my lungs, and understand that it was okay to be there and to feel helpless. It is especially in important moments like this that we must take responsibility to break out of this cycle, and realise that contrary to how depressed we can feel, we are never alone. When you cannot move, you need to humble yourself and send an SOS out, tapping on a reservoir of love and care of others to carry you forward.

Over the next few weeks, a small group of 11 friends banded together to send me to the States to see my coach in California. It was one of the hardest things—sending that SOS signal out for help—but it was hard because it was a matter of getting over my insecurities, to choose to be honest and vulnerable. The first person I texted was our Paralympic champ, Theresa Goh.

“You are the first friend I am sending this to.”

I typed, afraid and feeling deep embarrassment, as tears welled in my eyes.

“But I’m going to try because I really want to keep competing and training.”

“Because of the person and kind of friend you are, you will never have a shortage of good people around you.”

And so because of these people—these kind, good people—I had access to see my coach whom I had not seen for 5 months. Training sessions were by no means easy, but over three weeks, I felt like I was slowly being put back together from all the hurtful things that had happened back home. I stayed with a wonderful host who loved me with great food, heart-to-heart conversations, a non-judgemental acceptance of who I was, and who I could be. Bit by bit, I could feel hope edging back into my heart. Slowly but surely, over days, I came back full circle to a conviction that I could contribute, that impossibles were possibles, edged with a belief that we need to do it together.

Building great things, building deep things, takes time—because there will be trials that test over and again, your belief in something, just by sheer extenuating circumstances. But it is only through that, only through letting ourselves go through those experiences, that we get the chance to become tuned to what DH Lawrence calls, is our “higher emotional range.” Let us not be afraid to feel. Because that is the only way to discover ourselves, and in so knowing, find deeper things in us that are built to be unshakeable, in times of shaking.